Saudi Arabia boss Juan Antonio Pizzi has laughed off suggestions he could be sacked in the wake of their 5-0 thrashing by Russia but admitted it was a 'shameful situation'.

The Saudis arrived at the 2018 FIFA World Cup with high hopes but were hopelessly outplayed in Moscow as the hosts ran riot, securing the victory with goals from Yuri Gazinsky, Artem Dzyuba, Aleksandr Golovin and a Denis Cheryshev double.

With that kind of short-term thinking in place, Pizzi was asked if he would still be in charge for the rest of the tournament. 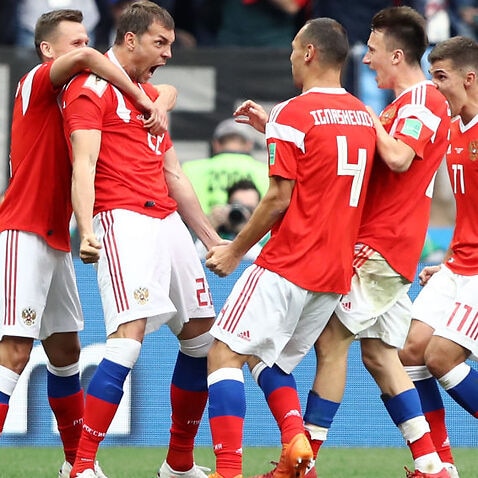 He said: "That's a great question given how I feel right now!

"I have talked of my philosophy, I try to do things as best as I can, everything I do I do giving my all.

"There are certain situations I cannot control but I will keep working with all my effort. I trust in my players and I fully trust that we will have a better performance in the next game."

A candid Pizzi dismissed the notion his players had been affected by it being the first game of the tournament, but conceded it had not been a positive experience.

"I am not sure if it being the first game, against the hosts, had an impact but, for sure, we did not do what we wanted to do," he said.

"The opposing team didn't have to make a great effort to win by a landslide. This is not common in these kinds of games but it happened. We need to recover, forget this shameful situation and think about the next match.

"We will improve but it will take us some time to do so. This game cannot be the reference, we have not done what we have done in previous matches that gave us good results."

Despite Russia cruising to victory, Pizzi said he was not surprised by their tactics, even if he was powerless to stop them.

"We knew how they were going to play, I don't believe the opposing team did anything to surprise us," he said.

"I respect them but I think they have won without doing much. It's true that the result is the result, but they played the same way. They lose possession of the ball, they use long cross passes and they try to play with headers, high passes."