Inter notched up a club record 14 consecutive home wins in Serie A as two goals from Alexis Sanchez gave them a 5-1 win over Sampdoria on Saturday.

The recently-crowned Serie A champions took the lead in the fourth minute when Roberto Gagliardini guided the ball beyond Emil Audero.

Sanchez gave a reminder of his quality with a classy finish to increase Inter's lead before ex-Inter man Antonio Candreva's shot led to Keita pulling a goal back for Sampdoria.

Another fine finish from Sanchez made it 3-1 heading into half-time before Antonio Conte's side put a deserved gloss on the result with a clinical goal from Andrea Pinamonti and a Lautaro Martínez penalty. 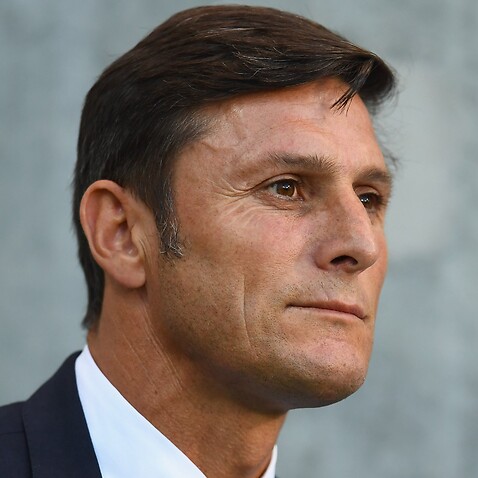 Inter were serenaded by their fans outside San Siro and given a guard of honour by Sampdoria's players before kick-off having secured their first Scudetto in 11 years last weekend.

The Nerazzurri were quickly into their stride on the pitch and went ahead when Matias Vecino stole possession to setup a counterattack which culminated in Gagliardini sliding in to direct Ashley Young's cross into the net.

Achraf Hakimi almost scored a dazzling individual goal with a run from his own penalty area only to be denied by a fingertip save by the diving Audero.

Inter's second goal arrived just before the half hour when Sampdoria were again caught on the break as Gagliardini's clever pass found Sanchez who steered the ball home in style.

Sampdoria pulled a goal back moments later when Samir Handanovic was deceived by Candreva's miscued shot and although he kept the ball out, Keita smashed home the rebound.

Inter responded immediately with a piece of precise finishing from Sanchez, who met Hakimi's cross and found the corner of the net with a clipped finish from the just inside the box.

Conte's men were ruthless after the break as Pinamonti scored his first Inter goal in Serie A when he controlled an awkward ball and crisply dispatched it beyond Audero.

Sampdoria's Adrien Silva was then deemed to have handled inside the area following a VAR check and Martinez fired the resulting spot-kick high into the net.

What does it mean? Inter turn on the style on day of milestones

Inter had last won 13 Serie A games on the bounce at home in May 2011 but they went one better this season with a stylish win.

It was achieved in Conte's 200th match as a manger in Sere A and, in the three points for a win era, he now has the most wins (136) of any coach from their first double century of games in the competition.

Super Sanchez rolls back the years

Although Sampdoria were obliging opponents this was a vintage performance from Sanchez who produced two finishes of the highest calibre for his goals. He has been involved in 20 goals in his 21 Serie A starts with Inter (nine goals, 11 assists).

On a day Sampdoria's players will want to forget there were defensive errors galore. Lorenzo Tonelli was the weakest link at the heart of their defence as he failed to get tight to Sanchez, lost all three of his duels, did not make a tackle and it was no surprise to see him hauled off at half-time.

Inter face Roma in their penultimate Serie A home game of the season on Wednesday while Sampdoria host Spezia.