Mohamed Salah paid tribute to his close friend Dejan Lovren in a video message after the defender sealed a transfer from Liverpool to Zenit.

Lovren joined the Reds from Southampton in 2014 and helped star signing Salah settle on Merseyside three years later when he left Roma.

The duo subsequently won the UEFA Champions League, UEFA Super Cup, Club World Cup and Premier League together at Anfield, the most recent triumph finally ending the club's 30-year wait to be crowned champions of England.

However, Lovren has played a diminished role in the past two campaigns, starting just 10 league matches, and completed a move to Zenit after Liverpool's title-winning campaign concluded. 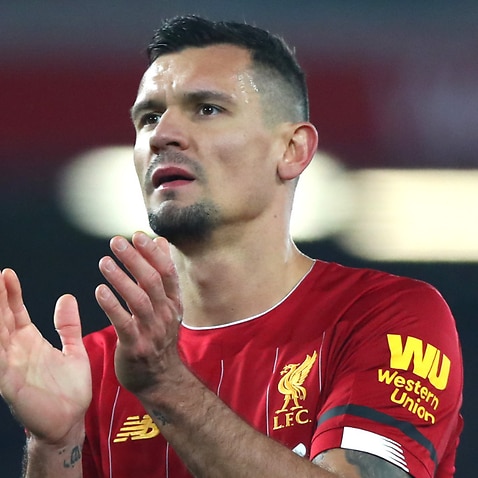 Liverpool published a message from Salah to Lovren on their social media page.

The forward said: "I don't know how to say, my friend. You don't know my feeling right now. We're really going to miss you a lot - especially me.

"Thank you very much and see you soon."

Lovren, described by Jurgen Klopp as a "Liverpool legend", has signed a three-year deal at Zenit, who reportedly paid around €12 million (A$20 million) for the 31-year-old.