Manchester United may be getting closer to finding a way to land Ajax star Donny van de Beek.

Van de Beek has been linked to numerous European giants after impressing with the Eredivisie outfit.

United are among them and the Premier League side could be ready to make a sacrifice to bring the Netherlands international to Old Trafford.

Manchester United will sell Andreas Pereira to bring in Van de Beek, according to the Mirror.

Van de Beek has been linked with the likes of Real Madrid, but United could beat the La Liga giants to the midfielder.

- Staying at Old Trafford and Manchester United may keep Alexis Sanchez. On loan at Inter this season, Sanchez is contracted at United until 2022 and the Mirror says the Chile international could stay at the club if he accepts a squad role over being first choice. 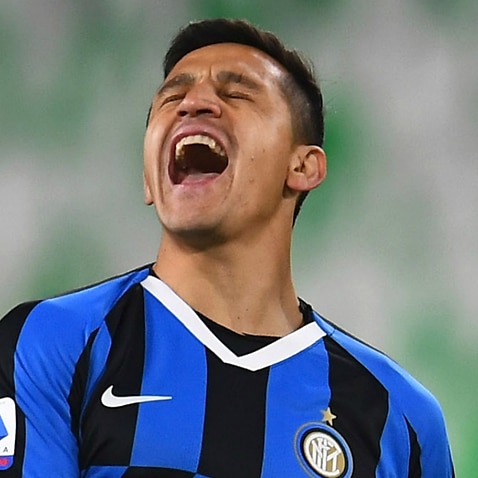 - Barcelona are said to be struggling to find a suitor for Philippe Coutinho. Marca reports no clubs have made a move for the playmaker so far.

- Pierre-Emerick Aubameyang is being linked with an Arsenal exit. However, The Sun says the Premier League club are willing to sell Ainsley Maitland-Niles to fund a new contract for Aubameyang, or find the forward's replacement. Aubameyang's deal at Arsenal expires next year.

- Several clubs are reportedly eyeing RB Leipzig defender Dayot Upamecano. Tuttosport says Arsenal are favourites to land the 21-year-old ahead of Milan. Staying at Arsenal and La Gazzetta dello Sport reports Justin Kluivert could join the club from Roma, with Henrikh Mkhitaryan – on loan at the Serie A club this season – heading permanently in the opposite direction.

- Speculation continues around Achraf Hakimi. Marca reports Bayern Munich are keeping an eye on the defender's situation, with the 21-year-old on loan at Borussia Dortmund from Real Madrid this season.

- Juventus could be preparing to sell Aaron Ramsey. The Mirror reports Tottenham are one of several clubs to have been offered the chance to sign the midfielder.