Bayer Leverkusen star Kai Havertz is attracting plenty of interest and Chelsea are reportedly ready to make their move.

Havertz, 20, has been linked with numerous European giants after impressing for the Bundesliga club.

The Germany international has attracted plenty of interest, but Chelsea are apparently ready to strengthen even further this off-season.

Chelsea are preparing a bid for Bayer Leverkusen star Havertz, according to the Daily Mail.

The Premier League giants are expected to sign RB Leipzig forward Timo Werner and Havertz could follow him to Stamford Bridge. 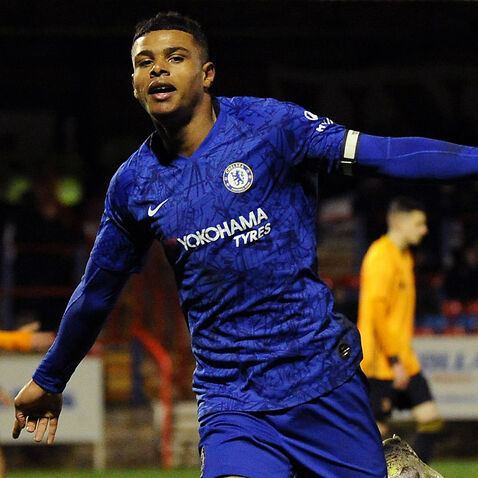 Real Madrid and Bayern Munich are among the other clubs reportedly interested in Havertz, who is rated at £75 million (A$137 million).

- Manchester United have been linked to James Rodriguez previously and the playmaker could yet end up at Old Trafford. The Sun reports United have been asked about a cut-price deal for James, who is out of contract at Real Madrid next year.

- Staying at Manchester United and Sport reports they were prepared to pay £88.8 million (A$162.3 million) for 17-year-old Barcelona forward Ansu Fati, but the La Liga giants have no plans to let the teenager leave.

- Memphis Depay has enjoyed a strong season at Lyon, but the attacker is out of contract next year. CalcioMercato reports talks are moving slowly, leading to interest in the Netherlands international from AC Milan and potentially Everton.

- Leicester City left-back Ben Chilwell is linked with a switch. The Evening Standard reports Chelsea have the advantage over Manchester City in the chase for the England international due to the latter's Court of Arbitration for Sport (CAS) hearing as they challenge their European ban.

- With Alex Sandro contracted until 2023, Juventus seemingly have no plans to sell the left-back. According to CalcioMercato, the 29-year-old is not for sale – but he is also not untouchable.