We round up the front and back pages across Europe, as Sunday sees the transfer rumour mill crank into gear once again.

Messi, 32, can reportedly leave Barcelona at the end of any season for a club outside of Europe despite being contracted at the La Liga champions until 2021.

Linked with a shock switch to David Beckham's MLS outfit Inter Miami, the club are continuing to make moves for the Argentina superstar.

Beckham sent Inter Miami sporting director Paul McDonough to London for talks with Messi's dad Jorge, according to The Sun.

Inter Miami are set to enter MLS in 2020 and are looking for a big-name signing, with Messi undoubtedly the biggest of the names linked.

It comes just days after Messi said in an interview with Sport that he wanted to remain at Camp Nou for "as long as possible". 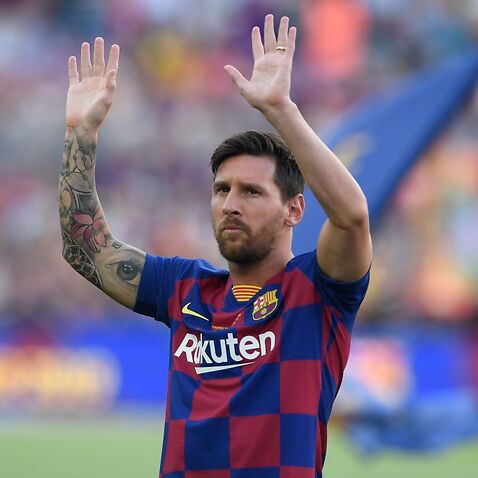 Messi: I will stay at Barcelona as long as they keep winning

- Real Madrid could chase Manchester United midfielder Paul Pogba again in January. Sport Bild reports Real Madrid are planning to use Toni Kroos in an exchange deal to land the France international, who was heavily linked with a switch during the close season.

- Sadio Mane re-signed with Liverpool until 2023 less than 12 months ago, but the European champions are already looking for the attacker to recommit. Liverpool have opened talks with Mane for an extension, according to Soccer Link.

- Seemingly unwanted at Juventus, Mario Mandzukic's future remains a talking point. Qatari club Al-Gharafa have offered €6 million net per year to the striker and can meet Juve's demands, according to CalcioMercato, which reports Los Angeles FC are also interested in the Croatian despite the MLS transfer window not reopening until February.

- Inter are already looking to lock down a couple of stars. CalcioMercato reports the Serie A giants want to extend the contracts of goalkeeper Samir Handanovic – until 2022 – and forward Lautaro Martinez until 2024. The report says Inter would also double Martinez's salary from €1.5m to €3m per season amid interest from Barcelona.

- Sam Allardyce is ready for a return to management. The Sun reports the former England boss, who left Everton in May last year, is eyeing a return to Sunderland if the reported takeover by an American consortium is completed.