Quique Setien is under growing pressure at the helm of Barcelona after giving up the league title to rivals Real Madrid.

Amid uncertainty over Setien, it seems Kluivert would be a popular appointment.

The report says Kluivert is seen by players as Barcelona's answer to Real Madrid coach Zinedine Zidane, who starred at the Santiago Bernabeu during his playing career. 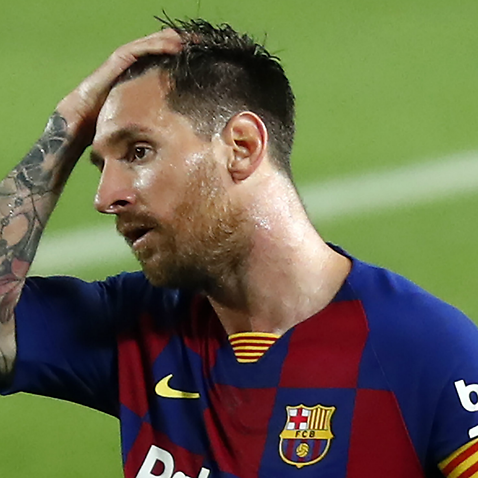 Kluivert, 44, has limited experience as a head coach, having previously been in charge of Jong FC Twente and Curacao.

- Manchester City could be busy during the next close season. Tuttosport reports City are targeting Juventus forward Douglas Costa, who has also been linked to Paris Saint-Germain. The report says City could pay around €40-50 million (A$65-82 million) for Costa.

- While Gianluigi Donnarumma is coming out of contract at Milan next year, the goalkeeper is expected to re-sign. However, CalcioMercato says the shot-stopper is in no rush to get a deal done.

- After two impressive seasons with Atalanta, Duvan Zapata is catching the eye. CalcioMercato says Juventus are interested in the Colombia international forward.

- Mario Gotze has plenty of interest. After leaving Borussia Dortmund, the 28-year-old is a target for Fiorentina, according to Corriere dello Sport. Meanwhile, Sport Bild reports Gotze is also on the wish list of Monaco, where Niko Kovac has been coach.

- On loan at Sheffield United from Manchester United, Dean Henderson has impressed. The Daily Express reports Chelsea are yet to decide whether they will make a move for the goalkeeper, amid constant speculation over their own shot-stopper, Kepa Arrizabalaga.

- As he departs Liverpool, Adam Lallana looks set to stay in the Premier League. The Sun reports Leicester City, Everton, Burnley and Brighton and Hove Albion are all targeting the midfielder.