Miralem Pjanic is reportedly nearing a move to Barcelona in an incredible four-player exchange deal with Juventus.

Pjanic has continued to be linked with a move to Camp Nou, although there has been uncertainty over how, and if, Barcelona could get a transfer done.

But now it seems they are on the verge of sealing a deal for the midfielder.

Barcelona and Juventus are close to agreeing an exchange deal involving four players, according to Sport.

The report says Pjanic and Mattia De Sciglio will join Barca, with Jean-Clair Todibo – who is on loan at Schalke this season – and Arturo Vidal or Ivan Rakitic heading to Turin.

Barcelona have also been linked with moves for Inter star Lautaro Martinez and Paris Saint-Germain's Neymar. 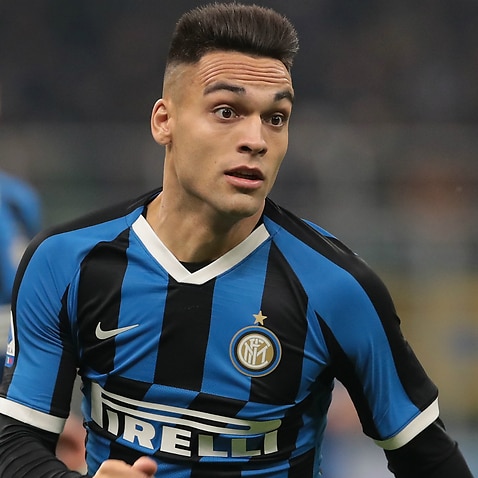 Rumour Has It: Barcelona, Inter agreement for Lautaro 'imminent'

- Linked with a move away from Tottenham Hotspur, Tanguy Ndombele may be going nowhere. The Mirror says Spurs will not allow the midfielder, reportedly a target for Barcelona, to leave this off season.

- Another Spurs player, however, could leave. Tottenham defender Juan Foyth, who is contracted at the club until 2022, is being eyed by Barca, according to The Mirror.

- It seems Angel Gomes is leaving Manchester United. The Mirror claims Chelsea feel they are close to landing the midfielder, whose deal at Old Trafford expires at the end of June.

- Real Betis and Portugal midfielder William Carvalho is drawing plenty of attention. Diario de Sevilla reports Wolves are the latest club to join the race for Carvalho, who has been linked to Tottenham, Monaco, Leicester City and Watford previously.