Serial winners Real Madrid's season is in serious danger of unravelling before their own eyes after a set of unconvincing displays culminated in two shock defeats that sent reverberations around the world.

The Spanish masters, who are synonymous with all that is bold and beautiful in the world game, are struggling big time.

In the space of four days they succumbed 1-0 to battlers Cadiz in La Liga before crashing to a 3-2 defeat against depleted Shakhtar Donetsk in the UEFA Champions League.

The results of two home games Madrid were expected to win have raised questions about their ability to be a force to be reckoned with at home and in Europe.

And with a Clasico coming up against Barcelona on Sunday (AEDT), things are beginning to look ominous for coach Zinedine Zidane. A third defeat in a week would turn Madrid's problems into a full-blown crisis.

Yet Zidane's predicament has not come out of the blue. 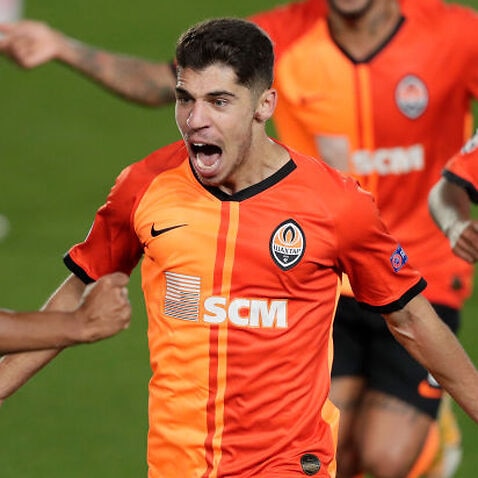 Madrid have failed to impress in five matches in La Liga, only months after snaring last season's truncated championship.

A scoreless opener against Real Sociedad was followed by a fortuitous 3-2 win over Real Betis thanks largely to an own goal and a penalty. Then came narrow wins over modest Real Valladolid and Levante before the side's capitulation against Cadiz.

Zidane's precarious position no doubt will be under scrutiny should the 'Merengues' fall to their bitter rivals at the Camp Nou.

Barcelona have their own technical (and administrative) problems too but the 'Blaugrana' boosted their confidence with a comfortable 5-1 win over Hungary's Ferencvaros in midweek.

Lionel Messi and company must feel that Madrid are vulnerable at the moment and are there for the taking.

There are suggestions in the Spanish media that some Madrid players like Luka Jovic, Eder Militao and even Marcelo are not of Champions League quality.

Madrid were too ponderous and slow in tracking back and were taken to the cleaners by a clinical Shakhtar side that looked like scoring every time they attacked. The Ukrainians played a perfect first half to lead by three goals.

Madrid somehow clawed their way back into the game with the introduction of Karim Benzema in the second stanza and they made a game of it after scoring two goals.

Was this going to be yet another famous Madrid comeback?

Shakhtar however resisted bravely and defended intelligently and were always more dangerous in their fewer attacks, anyway.

They would have had every reason to rue their rotten luck if an injury-time 'equaliser' from Federico Valverde was not rightly disallowed for offside.

Madrid were well beaten although the score would suggest otherwise.

And they must be thankful the game at the Alfredo Di Stefano ground was played behind closed doors. The white handkerchiefs would have been out in force after such a disjointed display.

The weekend clasico looks like a defining moment for the team.

The Camp Nou blockbuster will also be seen in some quarters as a test of Spanish football itself.

La Liga's reputation as the leading domestic championship in Europe was enhanced by continued success in the continent's two major club competitions.

Real Madrid, Barcelona and Sevilla won a lion's share of the honours in the last decade or so but recent events have shown that el futbol is losing its aura and appeal.

There is a feeling in Europe that Spain has had its fun and it is now the turn of the Premier League and the Bundesliga to rule the waves.

Which is why Barca and Madrid need to put on a true classic for an expected worldwide television audience that will run into tens of millions.