Cristiano Ronaldo fired a broadside at the media after Real Madrid clinched their 33rd La Liga title, saying, "People talk about me and do not know a damn thing."

Ronaldo was responding to questions about gestures he was alleged to have made towards Celta Vigo's players during Madrid's 4-1 victory on Wednesday, in which he was said to have suggested the home side had been incentivised by third parties to raise their game and derail the capital club's title charge.

The four-time Ballon d'Or winner said the media's portrayal of him was wide of the mark, but stopped short of denying the accusations thrown at him following Madrid's 2-0 win at Malaga on Sunday, which officially dethroned titleholders Barcelona. "I do not watch TV because if I would not have a life, given how much they talk about me badly in football and outside of football. When people talk about Cristiano, he is wrong.

"Football criticism does not worry me because I know that people are going to be silent there. They always have two stones in their hands when I speak.

"I do not like it because I have a family, a mother, a son and I do not like being put like the others when they do stupid things. I do not do nonsense."

The 32-year-old, who has scored 14 goals in his last nine games in all competitions for Madrid, reflected on the superb form that helped his side clinch the title ahead of Barca in the final weeks of the season. 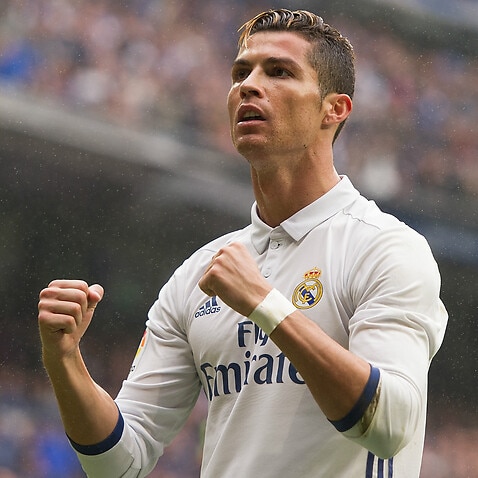 The victory over Malaga, in which Ronaldo opened the scoring after two minutes and Karim Benzema doubled the lead 10 minutes into the second half, was Madrid's sixth consecutive league victory and it ensured they ended the season at the top of the table, three points ahead of Barcelona for their first LaLiga crown since 2012.

"Since the beginning of the season we have wanted to win the league and we are in luck," said Ronaldo.

"We have had a spectacular end of the season, the best of recent years. We have had a smarter management, with the help of the coach and the players who have played less."

Looking ahead to the Champions League final on June 3, when Madrid face Juventus in Cardiff, Ronaldo added, "We know it's going to be a very difficult final but we have to enjoy this victory first, after five years without winning a league."