Roma have signed Arsenal playmaker Henrikh Mkhitaryan on loan, while the Serie A side have also lured Nikola Kalinic from Atletico Madrid.

Neither club has declared that there is an option to make Mkhitaryan's transfer permanent.

"It's a great opportunity for me to begin a new chapter, with a great club," Mkhitaryan told Roma's official website.

"I know what this club is all about and I am sure we can achieve great things together."

Roma loaned Chris Smalling from Manchester United and the Italian capital club raided the Premier League again for Mkhitaryan, who was part of the blockbuster deal that saw Alexis Sanchez swap Arsenal for United in January 2018. 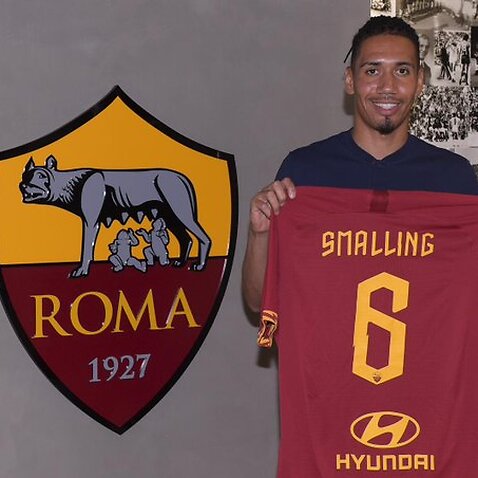 The 30-year-old Armenian scored six goals in 39 appearances across all competitions last season.

Mkhitaryan, however, has been unable to cement his place in Unai Emery's starting XI, managing 88 minutes of Premier League action this term.

Roma have also completed the loan signing of former Croatia striker Kalinic, who previously played for Fiorentina and AC Milan.

Kalinic moved to Atletico in 2018 after a disappointing spell at Milan but the 31-year-old has struggled to make an impact in Madrid, where he managed only two LaLiga goals.

He arrives in Rome as a replacement for Patrik Schick, who has joined Bundesliga outfit RB Leipzig on an initial one-season loan.

There is a purchase option of €9 million (A$14.7 million) included in the Kalinic deal, with Atleti receiving an initial €2 million (A$3.3 million) for the loan.

"It feels great, because I am joining a big club," Kalinic said.

"I am proud to become part of this team and this club. Roma has big history and I am very happy to be here."