No A-League club would know better than Central Coast how desperate Melbourne Victory will be to prove their doubters wrong.

The Mariners may be sitting pretty at the top of the ladder this season but that success has only come after three consecutive wooden-spoon campaigns.

Meanwhile, once-mighty Victory head to Gosford for Saturday's game with the Mariners in the unusual position of running a distant last on the table.

Wednesday's 4-1 loss to Wellington in Wollongong was the fourth straight game where Victory have conceded three or more goals. Mariners coach Alen Stajcic is only too aware, however, of the mindset Saturday's opposition will be bringing as his side aims to bounce back from their 2-0 loss to in-form Melbourne City on Monday.

"Melbourne Victory are a different kettle of fish," Stajcic said.

"They're a team who's been on the bottom for a while but they've definitely got more quality and more ability than what their position belies.

"With the Mariners having been in that position for so long I certainly know how they feel and they'll want to come out fighting and proving themselves." 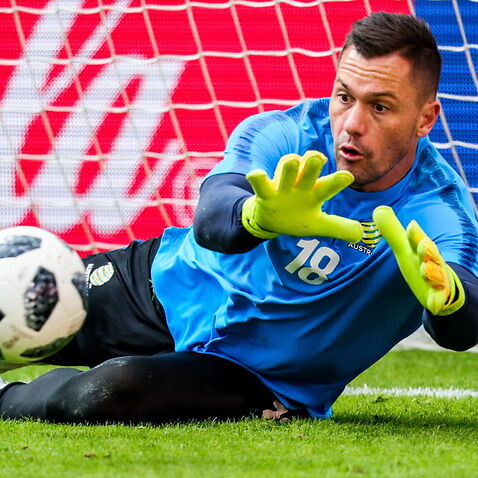 Midfielder Gianni Stensness has been included in the Mariners' squad after recovering from injury.

Victory coach Grant Brebner has made two changes from the squad which lost to the Phoenix, with English import Ryan Shotton and youngster Dylan Ryan set to bolster the visitors' defence.

Stajcic remains hopeful Mariners' fans will turn out in significant numbers at Central Coast Stadium as his high-flying team chase a third-straight win over Victory for the first time in the club's history.

"The football community in Central Coast should really be proud of what these boys have achieved to this point because we've done it on the smell of an oily rag," Stajcic said.

"And if they're not going to get behind the team now, then they probably never will."