The clash with Zenit will be a difficult one for Celtic, who qualified for the Europa League last 32 after finishing third in their UEFA Champions League group of Paris Saint-Germain, Bayern Munich and Anderlecht.

Meanwhile, Swedish side Ostersunds' fairytale journey in the Europa League was given extra sparkle after they were drawn to face Arsenal.

The Swedish minnows were still a month away from being formed when Arsene Wenger took over the Gunners in September 1996, but they will compete on an even footing next year.

Under English boss Graham Potter, Ostersunds have won three promotions since 2011, before qualifying for continental football by winning the domestic cup last season.

After coming through three qualifying rounds, they finished second in Group J and have been rewarded with a clash with the 13-time English champions, a tie that will see Potter return home looking to write another piece of history.

The last-32 meeting will be Arsenal's first encounter with a Swedish side in Europe since 1999-2000, and they will look to maintain an unbeaten record.

Borussia Dortmund's failure to make it out of Group H in the Champions League means they drop into the Europa League and will face Atalanta. 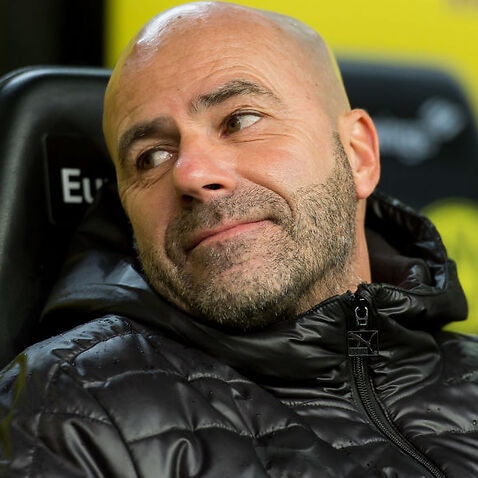 Atletico Madrid and Napoli both suffered the same fate as Dortmund and they will return to European action against Copenhagen and RB Leipzig respectively.

Leipzig's draw with Napoli looks like the toughest tie of the round on paper, however, Maurizio Sarri has been prioritising Serie A success so the Bundesliga club may find it easier than expected.

Despite sacking Vincenzo Montella, AC Milan still made it through the group stage and will go head-to-head with Ludogorets in early 2018, while Sporting CP face the long trip to Kazakhstan to play Astana.

The first legs will be played on February 16 (AEDT) and the return games contested a week later on February 23.

Full Round of 32 Europa League fixtures