As exclusively revealed by The World Game yesterday, Arzani is expected to join City in an Aaron Mooy-style deal that would see the 19-year-old immediately loaned out, with Celtic his likely destination.

While a reunion with Australia’s 2018 FIFA World Cup assistant coach Mark van Bommel at PSV remains a possibility, it appears Celtic have won the race with a number of reports emerging from Glasgow that a deal is all but done.

If the move goes ahead, Arzani will line up alongside Socceroos teammate Tom Rogic for the next two seasons on loan.

When asked about the Aussie sensation, following Celtic's 3-1 win over Rosenborg in the UEFA Champions League second-round qualifying, Rodgers admitted that the club are certainly interested.

“All I know is that he is a young Australian, a very talented player and went to the World Cup where he looked very, very good,” Rodgers said.

“The club are working hard behind the scenes to try and get some signings in. I think he’s been one that has been identified.

Arzani impressed in his three appearances at the World Cup, most notably in the second match against Denmark where he created havoc on both sides of the pitch.

However, in what could be a warning sign to Arzani joining the Scottish champions, Rodgers did stress he did not want to stockpile talent.

“It is not my job. Let's see what players the club brings in. I work with the players that are here, develop them, improve them, that is my job," Rodgers said. 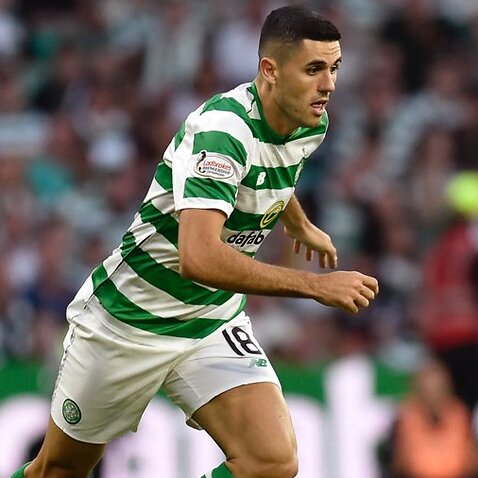 “This is a good quality squad but I only want to bring in players who will improve us and not just add to it. If we can't do that, then we will just work with the players we have.”

Celtic do have a number of options in wide attacking areas and Arzani would be up against the likes of Callum McGregor, Scott Sinclair, Ryan Christie, Jonny Hayes, James Forrest and even fellow Socceroo Rogic.

Although, Rogic does play - predominately - in a more central role.

Arzani is currently in Melbourne but was given permission by Melbourne City to skip their pre-season tour of India, and it appears only a matter of time until his time with the A-League club is officially up.