Brisbane Roar coach Robbie Fowler admits he has lofty ambitions for his career, believing his A-League gamble has paid off.

The former Liverpool striker is currently back in England with the A-League on hold due to the COVID-19 crisis.

With the league unlikely to resume until August, it's unclear when Fowler and assistant Tony Grant will return to Australia.

Following an underwhelming start to the A-League campaign, Fowler's first season as head coach turned the corner with a good run after Christmas that propelled the Roar into fourth on the ladder.

The ex-England international admits taking over a club which had conceded a league record 71 goals in the 2019-20 season held risk for an unproven coach, but believes he's shown his worth.

Whether that leads to bigger job opportunities, Fowler seems to be in no rush. 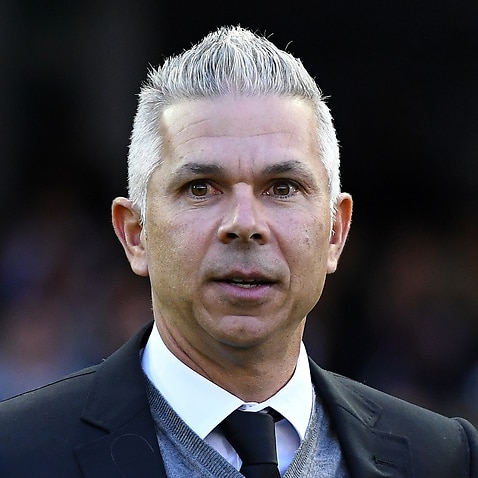 "I would never sort of disrespect Brisbane Roar and say 'I'm using this as a stepping stone and I want to come back straightaway (to England)'," Fowler told Optus Sport.

"I think eventually I will do.

"I know what I want to do and I know what I've got to do. That's always been the case with me.

"I am ambitious. I'm exactly the same now as I was as a player, I want to try and manage at the very, very best level I can.

Fowler also believes the postponement of the season had come at a bad time for his squad, which he felt was well set to make a strong run in the finals.

"Since the turn of the year I think the team over there have been absolutely class," he said.

"I couldn't have asked any more from them.

"Unfortunately with what's happened it's put a little bit of a kybosh on it but, yeah I was looking forward to the end and I honestly believed that we had as good a chance as anyone in those play-offs to actually win the grand final over there."