Borussia Dortmund rising star Youssoufa Moukoko made more history by becoming the Bundesliga's youngest ever scorer but it wasn't enough for victory as they slumped to a 2-1 defeat against Union Berlin.

The prodigious striker lashed home a rocket of a shot from just inside the penalty area to draw Dortmund level at Alten Forsterei after Taiwo Awoniyi had put the hosts in front after 57 minutes.

His goal ultimately proved in vain as Marvin Friedrich quickly restored the hosts' lead to secure a 2-1 win, but at just 16 years and 28 days Moukoko sets a new German top-flight benchmark.

It surpasses the record set by Bayer Leverkusen youngster Florian Wirtz, who was 17 years, one month and three days when he scored his first Bundesliga goal in June. Moukoko had already become the youngest player to appear in the Bundesliga after coming off the bench against Hertha Berlin the day after turning 16 last month in a 5-2 win.

He was named in Dortmund's starting XI for the first time in the midweek clash against Werder Bremen, a 2-1 victory in Edin Terzic's first match as head coach. 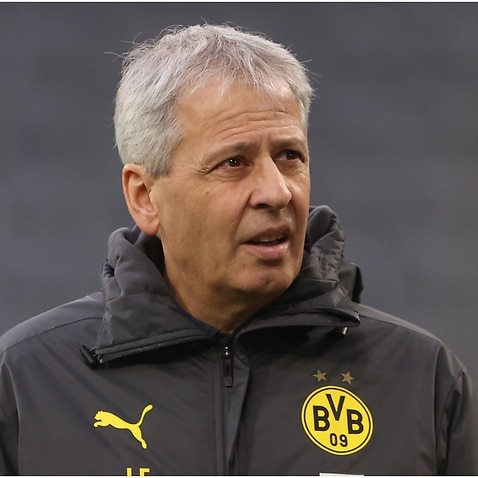 Earlier this month, Moukoko became the youngest player to appear in the Champions League. He came off the bench in a 2-1 win at Zenit after 58 minutes, with his 16 years and 18 days old beating the 16 years and 87 days of Celestine Babayaro during the 1994-95 Champions League group stages for Anderlecht.

The defeat to Union means Dortmund remain fourth in the German top flight, six points behind leaders Bayer Leverkusen and five adrift of Bayern Munich and RB Leipzig, having played a game more than all three teams.