Football Federation Australia deputy chairwoman Heather Reid has taken leave from her board position as she undergoes chemotherapy.

The recently-elected director has been granted approval to take an indefinite break from the position to treat a medical condition.

"Our thoughts are with Heather and her family and we wish her a full and speedy recovery" FFA chairman Chris Nikou said on Wednesday.

Reid was one of four directors elected in November as part of the broom that swept the scandal-plagued Steven Lowy administration out of the sport.

However, the new board finds itself in the biggest pickle of its tenure after the sacking of Matildas coach Alen Stajcic.

Reid, a long-term chief of football in the ACT, was reportedly a key figure behind Stajcic's ousting, which came after the board said he oversaw an "unsatisfactory team environment".

Reid denied the accusations and told Fairfax Media people "would be shocked" if they "knew the actual facts".

Nikou and chief executive David Gallop have been unable to quell the volatile situation over the past week, declining to disclose details behind Stajcic's axing at numerous media engagements. 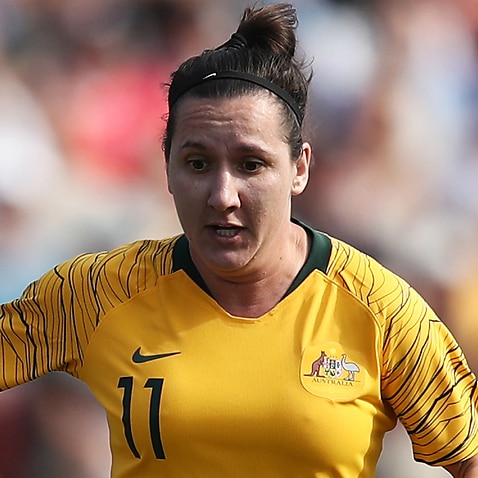 A majority of the Matildas squad, including star striker Sam Kerr, and co-captains Lisa De Vanna and Claire Polkinghorne, have since expressed their personal support for Stajcic.

"I'm just sad. Not just for Staj but for other people that have gone through this," De Vanna told AAP on Sunday.

"There's a lot of hurt that's come out of this.

"This is the job of his dreams. It's been taken away from him. So any human being would be devastated, hurt, angry, frustrated, lost. Normal feelings from (being in) that position.