Adelaide United's premiership winners have been overlooked for the Professional Footballers Australia (PFA) team of the A-League season. 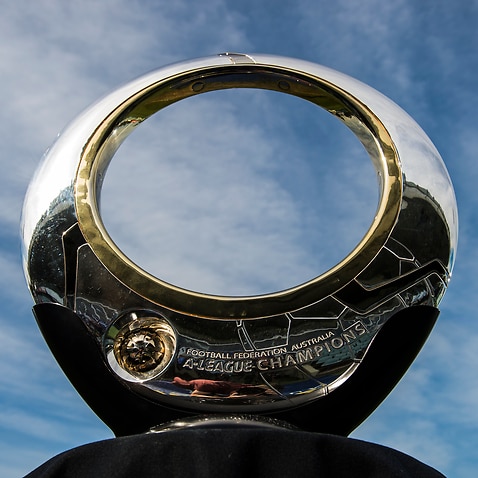 The two beaten semi-finalists provide the majority of the all-star team.

The Full PFA @ALeague Team of the Season. https://t.co/i4QCUOS8YC pic.twitter.com/fazkAqcRST

The only player in the team on display in Sunday's grand final is much-improved Western Sydney full-back Scott Jamieson.

While there wasn't even room on the bench for a United player, Wanderers pair Nikolai Topor-Stanley and Mitch Nichols were voted into the 16-man squad.

Adelaide's only representative in the awards is Guillermo Amor, voted as coach of the year, two days after receiving the similar award at the Dolan Warren Awards night.

After his surprising but meritorious selection as captain, North said it was a tremendous privilege.

"The recognition of your fellow professionals is the highest honour you can receive as a player," he said.

"The standard across the league has never been higher, and this is reflected in what is truly an outstanding PFA A-League Team of the Season." Adelaide - from pissant town to premiers to champions? Wanderers peaking for a Grand Final to remember

"The team highlights the incredible playing talent that calls the A-League home and, once again, demonstrates the ever-improving standard on the pitch," he said.

Melbourne Victory's second home ground of Etihad Stadium, which will host the Socceroos' friendly against Greece in June, was selected as the best pitch in the league.

Despite a FFA reprimand for bringing the game into disrepute, Victory's fans were again credited with creating the best atmosphere in the country.

Retiring official Strebre Delovski was named the referee of the year.

He will finish a 26-year career, in which he was also named the best official of the past decade by PFA, on Sunday as an additional assistant referee.

PFA TEAM OF THE SEASON: