Mark Milligan's European dream is at risk of being inadvertently scuppered by his very own national team - or FIFA's convoluted rankings system.

Milligan has been linked to numerous English Championship suitors since becoming a free agent when his contract with UAE outfit Baniyas ended last month.

Bolton Wanderers are purportedly now leading the chase for his services, with Australia team-mate Jackson Irvine's Burton Albion and Birmingham City not far behind. 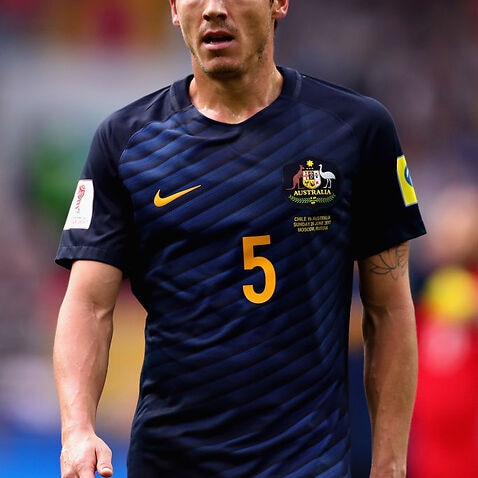 But the 31-year-old utility is caught in a bind that could render his recruitment too steep a prospect for potential English employers.

Under tightened FA rules introduced in 2015, work permits for non-European players are only granted if their national team averages a FIFA world ranking within the top 50 over the preceding two years.

The Socceroos' average ranking is a whisker outside that, meaning the Australian stalwart does not automatically qualify, despite satisfying the other requirement of playing more than 75 per cent of Australia's senior international matches over the same period.

Had the previous rules still been in place the Socceroos would need only have sat inside the top 70 for Milligan to be eligible and begin the career Europe he has always craved.

There is a way around it, namely a strict points-based appeal system and time is on his side given the northern summer transfer window is open another two months.

However, Milligan will be intent on settling into a club set-up sooner rather than later given the Socceroos' final two FIFA World Cup qualifiers loom at the end of August.

Reports out of the UK claim Bolton are eager to sign the 59-time Socceroo, who shone at centre-back and subdued Alexis Sanchez in Australia's 1-1 FIFA Confederations Cup drawn with Chile, but are investigating whether work permit issues could get in the way.

Should that be the case, Milligan may opt stay in the Gulf or could reconsider an A-League return with Melbourne Victory, speculation about which he recently hosed down.

Milligan is not the only Socceroo finishing the Confederations Cup in club limbo.

Robbie Kruse is clubless and has been linked with a move back to Germany.

James Troisi is also looking for a new home after his contract with Victory expired and looks unlikely to be renewed.