Rio Ferdinand has questioned Gareth Southgate's decision to include Harry Maguire in England's Euro 2020 squad and says Marcus Rashford should not be considered for a starting spot.

Maguire was this week named as part of England's final 26-man squad for the tournament, despite missing Manchester United's final five games of the season – including the UEFA Europa League final loss to Villarreal – with ankle ligament damage.

He has yet to take part in training since linking up with his Three Lions team-mates, with Southgate admitting on Tuesday he is unsure if the defender will be ready for the Group D opener against Croatia on June 13.

With fears Maguire may not be fit enough to play any part in the group phase, former United centre-back Ferdinand does not believe Maguire should have been selected at the expense of another defender.

"Harry is important from set-pieces, as he showed at the World Cup. But I have to be honest, I wouldn't take players that are 50 per cent fit," said Ferdinand, who was speaking to Stats Perform on behalf of Heineken, an official UEFA Euro 2020 partner. "If I'm worried about a player being able to make 90 minutes, I wouldn't take them. Too much energy goes into talking about it and worrying about it, that it takes the focus off what you are there for as a team."

Who to play alongside John Stones in the heart of defence should Maguire fail to win his fitness battle is not the only big selection call Southgate has to make ahead of Euro 2020 getting under way next week.

Rashford has scored four goals in his last five appearances for England, but he struggled with a niggling injury issue towards the end of last season and Ferdinand would hold off from using the versatile forward until later in the tournament.

"If you're looking at form, I think Marcus probably doesn't deserve to start," Ferdinand said.

"I think of the players around him in that position, Sancho and Foden should be picked in terms of form.

"I don't know much about Gareth's relationship with the players and what they've done in the past for him, and his confidence in certain players. Also, tactically how the game looks, who he is going to play.

"In terms of form, I think he's scored one in nine or 10 games at the end of the season [for United]. I think he's a bit fatigued and I think he's been carrying a few injuries. I'd like to see him recuperating in this little period of time off, and then come into it fresh."

Of those eight players vying for a starting role in the final third, Aston Villa playmaker Grealish and Borussia Dortmund's Sancho lead the way in terms of big chances created in their leagues during the 2020-21 campaign with 14 each.

Despite missing 12 matches, Grealish was by far and away the most fouled player in the Premier League last season (110 fouls won), while his 2.68 dribbles completed per 90 minutes was bettered by just six players to have played at least 20 times.

Only Belgium (40) scored more goals than England's 37 in qualifying for Euro 2020 and Ferdinand is particularly excited by the attacking options available to choose from.

"In terms of wide players, we must have some of the biggest talent," he said. "We've got Foden, Sterling, Rashford, Grealish, Sancho, and Mount can play there as well – so six of the most talented, impactful players that are playing at the moment.

"You look at Sancho, over the last three years has got 30 goal involvements every year, which is astounding for a kid who had been 21 and under.

"Jack Grealish has been one of the hardest to combat players in the Premier League when he's fit. Phil Foden is deciding games in Champions League knockout stages, for one so young, and Man City are dominating in midfield.

"It's crazy. You've also got Sterling, with what he's done over the last three years, his trophy haul that he's building at the moment is up there with the best. Those young players, it's mouthwatering."

While a number of positions are up for debate, it is certain that captain Kane – who topped the scoring charts in qualifying – will lead the line for the Three Lions.

Kane won his third Golden Boot after scoring 23 times in 2020-21, becoming the third player after Thierry Henry (four) and Alan Shearer to achieve such a feat.

He also set up 14 goals to become just the second player in the Premier League era to top the charts for both goals and assists (also Andy Cole in 1993-94).

The Tottenham striker's future is a hot topic of debate heading into the tournament after recently admitting he is at a "crossroads" in his career, but Ferdinand does not expect that to have any sort of impact on his performances.

"It happens to the best players," he said. "These players we're talking about with speculation, like Sancho and Kane, they have this every day of the week. This is normal for them, they are just in a tournament, that's the only difference.

"I think Harry has shown he enjoys wearing the armband. He enjoys the responsibility, some players grow with it. This tournament, I'd like to see that." 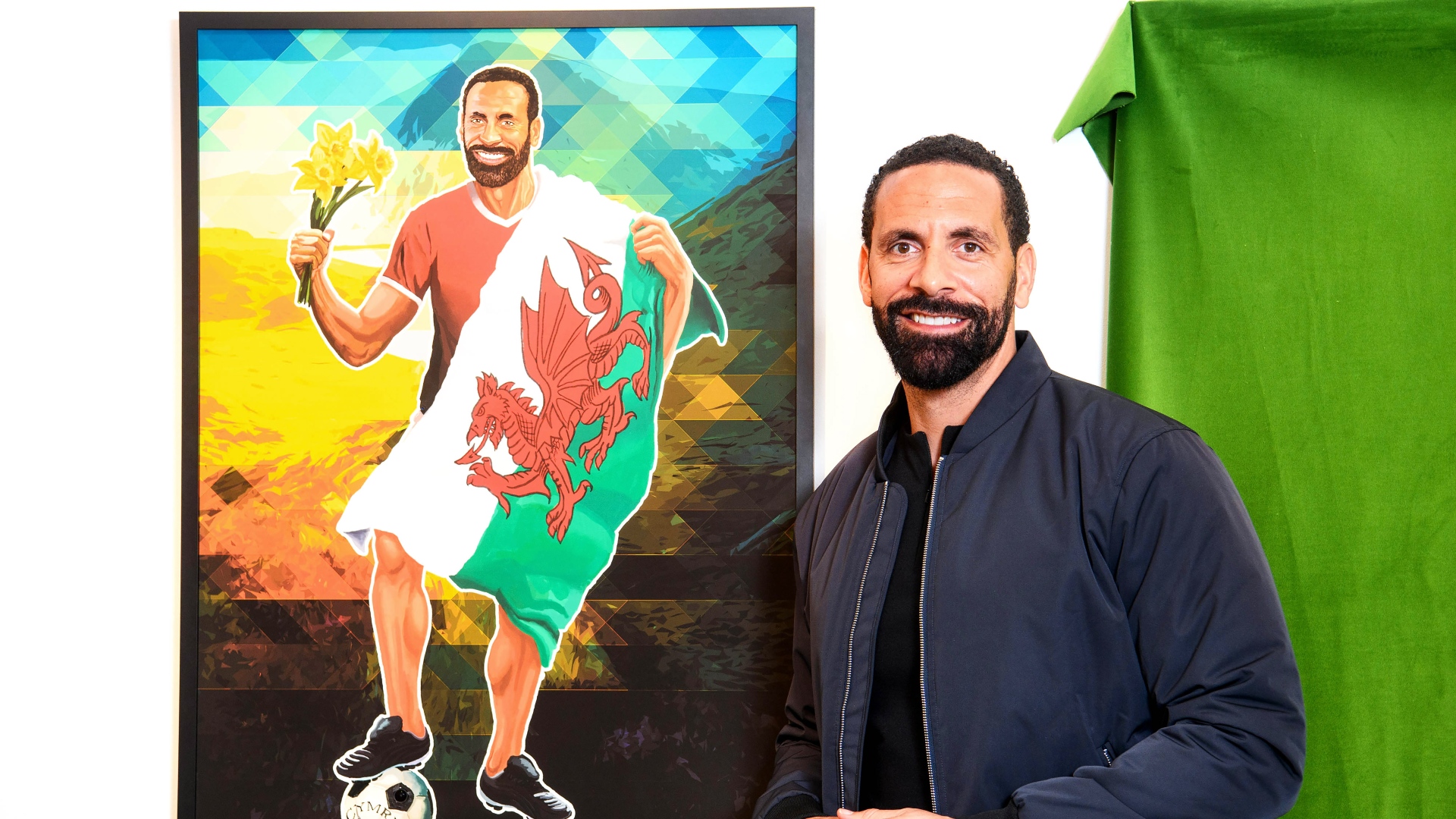 Ferdinand was speaking as part of Heineken's 'Enjoy the Rivalry' campaign, which encourages fans to watch Euro 2020 matches alongside their rivals.

The United legend was pranked by fellow former pro Robbie Savage as part of the initiative, culminating in the ex-England international having his portrait draped in a flag of rivals Wales.

"I was a bit surprised, I've got to be honest," he said. "I was probably being a bit too polite because there were two young ladies in front of me and I didn't want to be... well I saw the Welsh flag and I thought what are these people playing at?

"They don't understand the rivalry that we have with Wales and all of a sudden they drape me in a Welsh flag. It was weird.

"I think 'finally together again to be rivals', is a perfect strapline. I think everyone's waited for this opportunity, to have some sort of rivalry with teams, with people, with individuals."