The ex-Olyroo was released by the Jets 14 months ago to pursue an alternative career as a hip-hop artist in Los Angeles under his musical moniker of JOWIC.

Jets CEO Lawrie McKinna announced at the time that should Champness, now 23, return to the game within three years he’d do so in the Hunter where he was contracted until 2022.

However, the former Roar junior has been back in his home town of Brisbane since May due to COVID-19 travel restrictions between Australia and the US, and last week signed a one-year deal for Warren Moon’s side. 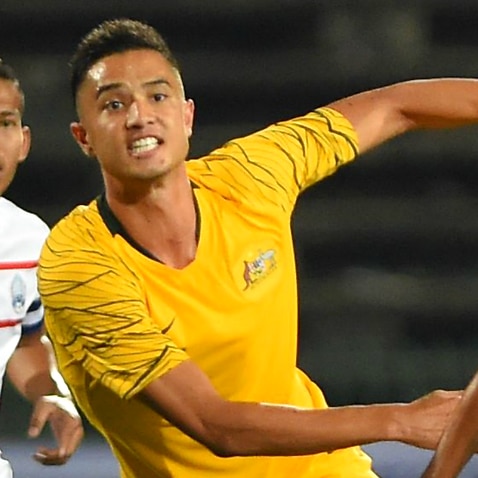 It’s understood the Jets are questioning the validity of that contract, and Professional Footballers Australia have been enlisted to mediate the matter between the parties.

Sources close to Champness claim the terms of his exit from the Hunter stipulated that if he was to return to Australia before May 30, which he did, the club would re-sign him on existing terms.

Beyond that date the Jets would have first right of refusal.

However, it’s claimed Champness informed McKinna a month ago of his desire to join Brisbane, and in the light of those talks the player believed the Jets would not stand in his way. But now he’s ready to put hip-hop on hold and hit the play button on football again, with Brisbane his clear preference thanks to a previous relationship with Moon, the ex-Roar academy chief turned head coach.

Champness struck eight goals in 36 appearances for the Jets before his career switch.

Both Brisbane and the Jets declined to comment when contacted by The World Game.

Sources close to the matter expect there to be a number of similar cases involving players looking to change clubs amid ongoing uncertainty over a new collective bargaining agreement and a lack of clarity over contractural obligations.