Sergio Ramos scored the only goal of the game from the penalty spot as Real Madrid beat Getafe 1-0 to go four points clear at the top of LaLiga.

The leaders were far from convincing in a frantic derby at the Alfredo di Stefano Stadium on Thursday, but captain Ramos secured a precious victory 11 minutes from time after Mathias Olivera was adjudged to have upended Dani Carvajal.

Victory for Los Blancos, who rested Eden Hazard, was their sixth in a row and they are strong favourites to dethrone stuttering Barcelona with five matches to play.

Getafe was unfortunate to make the short journey home without a point, but Madrid march on in their pursuit of the title. 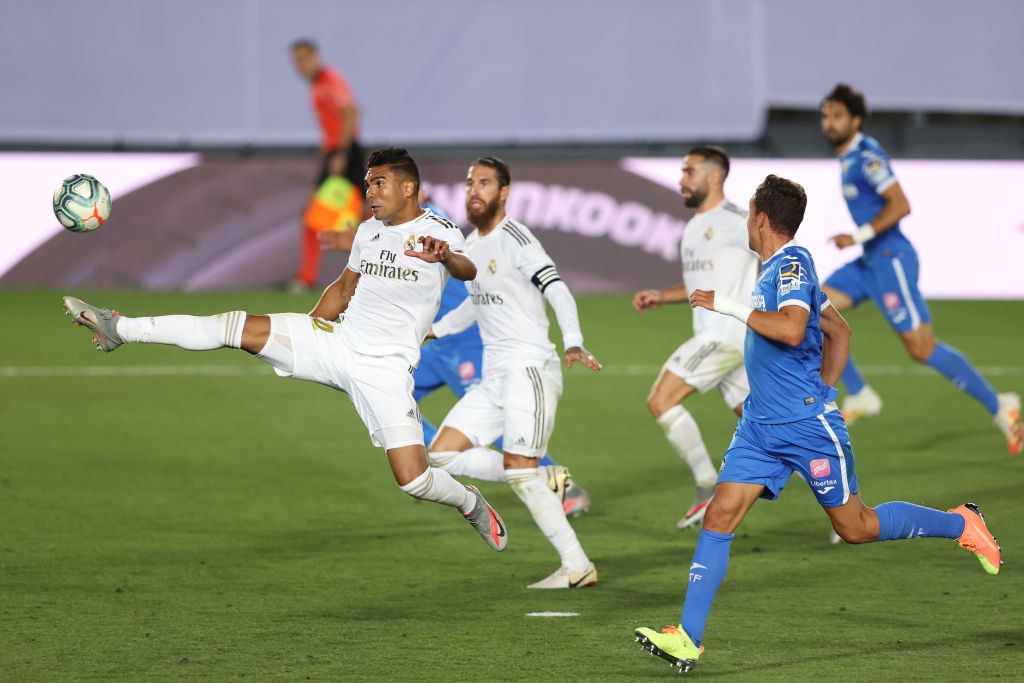 David Soria brilliantly tipped away Vinicius Junior's close-range effort at the other end after Ferland Mendy and Luka Modric exchanged passes before the Getafe goalkeeper kept out Isco's volley.

Eder Militao replaced Raphael Varane, who took a blow to the head, during a pulsating first half that ended goalless.

Modric came close with a long-range drive that deflected narrowly wide and the lively Jaime Mata saw his measured effort land on the roof of the net following some suspect Madrid defending.

Zinedine Zidane brought on Rodrygo, Federico Valverde and Marco Asensio midway through the second half, but Madrid continued to lack a cutting edge against a well-drilled Getafe side.

Madrid were not to be denied maximum points, though, as Olivera dangled out a leg and to bring down the marauding Carvajal and an ice-cool Ramos tucked the spot-kick to Soria's left.

What does it mean? Madrid showing the hallmark of champions

This will most definitely not go down as one of Madrid's more impressive performances this season, but they were still able to edge out tough opposition.

It was the sort of victory that champions can grind out and they have conceded only two goals in six victories since the season resumed.

Ramos a tower of strength

Madrid had some shaky moments as Getafe played with great intensity throughout, but skipper Ramos was rock solid for the majority of the match. He showed his prowess from 12 yards out to cap an impressive performance.

Vinicius fails to provide the spark

Vinicius came into the side with Hazard putting his feet up, but the Brazilian had a night to forget, lacking composure and showing only the odd flash of quality on the left flank as Karim Benzema was starved of service.

Madrid will look to take another step towards the title at Athletic Bilbao on Sunday, when Getafe visit Osasuna.