For Tunisia players, their goalkeeper slumping to the ground and causing an extended break in play during 2018 FIFA World Cup warmup games was a precious chance to drink water and eat food for the first time in more than 12 hours.

Ramadan, the holy month that requires Muslims to fast and refrain from drinking or eating from sunrise to sunset, has posed serious challenges for some of the teams in their buildup to the World Cup in Russia.

Tunisia had a plan.

Twice in recent weeks, goalkeeper Mouez Hassen fell to the ground during games, apparently exaggerating an injury, to allow his teammates to make their way to the sidelines, where backroom staff offered water bottles and passed out containers holding dates.

Water and dates are the traditional Muslim way to break the fast during Ramadan. For the players, it also allowed them to get desperately-needed sustenance having not eaten or drunk the entire day of the game.

Tunisia needed the break during the evening game because the day's fast ended while they were playing. So, Hassen had to time his 'injury' just right - when he was certain the sun had gone down and the players were allowed to drink and eat again. On both occasions in the friendly games against Portugal and Turkey, sunset came early in the second half, leading Hassen to do his thing and the Tunisia players to seize the chance to refuel. Tunisia is not the only World Cup team affected by Ramadan. All five of Africa's qualifiers - Tunisia, Egypt, Morocco, Senegal and Nigeria - have Muslim players in addition to Saudi Arabia and Iran, who are also in the World Cup.

Two of the highest profile players from Africa - Mohamed Salah of Egypt and Liverpool teammate Sadio Mane of Senegal - are Muslims.

Ramadan is "a very big challenge and it's complicated," Egypt team doctor Mohamed Abouelela told The Associated Press in an interview.

And it's not just warmup games, but training and general preparations.

"We have to change everything, sleeping patterns and the number of meals (players eat) since we will just have a six- or seven-hour window during which we must have a good training (session) and at least two meals," Abouelela said.

Ramadan started in mid-May, meaning it affected teams for a month before the World Cup. It's due to end Thursday evening, the same day the World Cup kicks off with Russia vs. Saudi Arabia. Egypt and Morocco both play their first games on Friday. "We will have a very big problem of adaptation because we will be playing the first day after fasting (for a month)," said Abouelela.

Muslims who cannot fast for a good reason, like sickness, travelling, or pregnancy in the case of women, can make up for the days they broke their fast after Ramadan.

In the case of sports, athletes are sometimes exempted from fasting on game days or during tournaments. But while many of Tunisia's players appear to be observing the Ramadan fast given their apparent plan in warmup games, and Egyptian players also seem to be, it's unclear whether other players and teams are.

The subject of whether a player should break his fast for the sake of a match or preparations for a tournament is often very sensitive and up to the individual and no one else.

Salah's Liverpool coach Jurgen Klopp was asked ahead of the UEFA Champions League final last month whether his star winger was fasting. Klopp declined to answer.

"Fasting is something that's between the player and God," Abouelela said. "What we do is that we tell the players how it would be like if they fast, but we don't offer a recommendation either way." 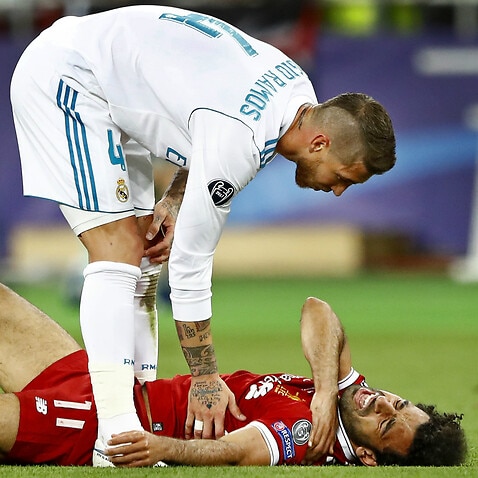 'I never told him it was okay' - Salah responds to Ramos

Tunisia coach Nabil Maaloul told the AP in an interview: "We cannot interfere."

While teams and coaches do not dictate what their players do, it's clear the situation is extremely difficult when preparing professionals for the biggest tournament they'll play in.

"Everyone knows that high-level football isn't compatible with Ramadan," said Senegal coach Aliou Cisse, who is Muslim and whose Muslim players include star forward Mane. "I am responsible for the health of these players."

While Cisse also wouldn't comment in detail when asked about Ramadan and if his Muslim players were fasting, Senegalese media reported that their players had agreed not to fast.

Egypt's well-traveled coach, Argentine Hector Cuper, assured fans that the Egyptian Football Association had hired nutrition experts to monitor the players' physical condition during Ramadan and come up with ways to offset fast-related side effects.

But one Egypt player outlined the difficulties.

"When you are fasting, you cannot run after the first 30 minutes and you also run out of breath," said the player, who spoke to the AP on condition of anonymity because of the sensitivity of the subject. "After a while, I feel that my legs cannot carry me."