Star Australia midfielder Massimo Luongo will be playing in the Championship next season after signing for Queens Park Rangers as part of an $8 million package deal which also takes Swindon Town team-mate Ben Gladwin to Loftus Road. 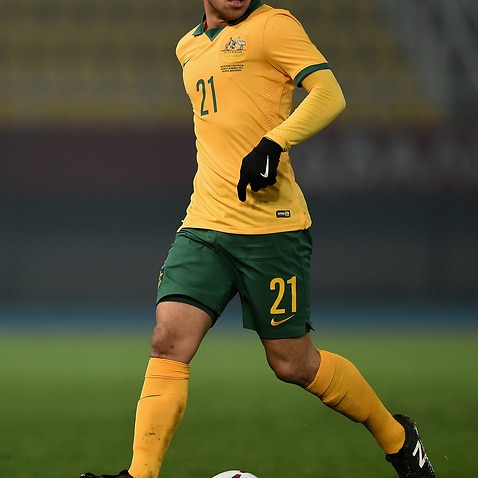 Injured Luongo set to pull out of Socceroos' Kyrgyzstan clash 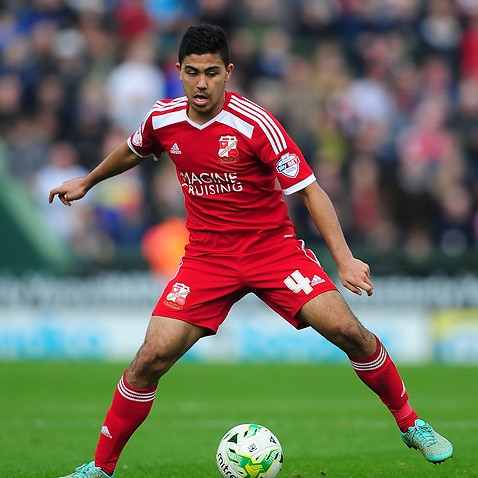 Delight for Wright and Kilkenny as Preston thumps Luongo's Swindon

The pair has signed on for three years, with Luongo already in London to complete the formalities of a medical examination as he prepares for the next phase of his blossoming career.

Luongo suffered the disappointment of missing out on promotion to the Championship with Swindon at Wembley as it was crushed 4-0 by Preston North End in the League One play-off final, sustaining an ankle injury in the process.

But he is now heading to that league anyway.

He impressed QPR coach Chris Ramsey and director of football Les Ferdinand during his three seasons working with them at Tottenham Hotspur's academy before the pair switched to west London after Tim Sherwood lost his job as Spurs' head coach.

The move ends months of fevered speculation over the future of the 2015 AFC Asian Cup's player of the tournament who has also been linked with Aston Villa, West Bromwich Albion, Crystal Palace and Wolverhampton Wanderers.

Villa tabled a $7 million bid for the pair on Tuesday, falling short of Swindon's valuation.

Ramsey and Ferdinand are looking to construct a vibrant young team in a bid to bounce back to the Premier League after QPR's relegation this season and Luongo, 22, is seen as pivotal to that by the pair as the club seeks to dispense with a number of highly-paid underachievers.

Luongo spent more than two years at Swndon after signing from Spurs in 2013, scoring 10 goals in 73 appearances, and was valued at $6 million by Robins charman Lee Power, with fellow midfielder Gladwin at $2 million.