Germany midfielder Toni Kroos says it was "wrong" that Qatar was awarded next year's FIFA World Cup, adding that it could be appropriate to highlight human rights issues during the tournament.

Kroos' comments go beyond the criticism from several national teams, including Germany and Norway, who tried to draw attention to human rights issues ahead of recent 2022 World Cup qualifying matches.

"For this tournament to be awarded there, I consider that wrong," Kroos said on a podcast that he hosts with his brother.

Kroos flagged up the working conditions for migrant workers, saying they were often "working without breaks, sometimes in 50-degree (Celsius) heat" without enough drinking water.

He also noted anti-gay laws in the country and said Qatar was "not a football country." 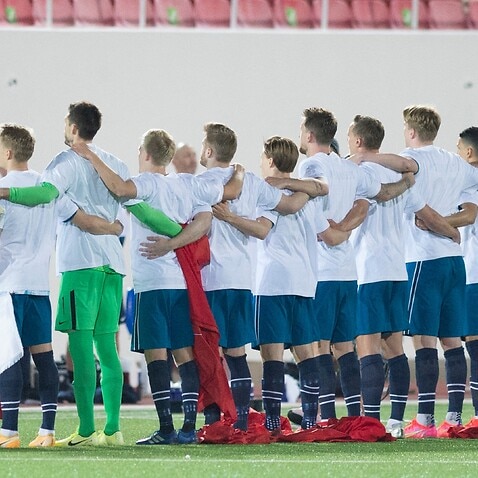 Kroos, who was on the German team which won the 2014 World Cup in Brazil, said a boycott campaign was unlikely to have much effect but drawing attention to human rights issues during the tournament could help.

"You have to ask the question, what would a boycott of a tournament like this bring? Is it really the case that something would drastically improve there? Would the working conditions change? I believe not," Kroos said.

"Rather, I believe that it is important to draw extreme attention to these problems once again, perhaps also maybe in advance of or during a tournament like this, so that maybe something can be improved because of that."

Kroos, who plays for Real Madrid, was not with the German team in the recent qualifiers because of injury.

Norway began a movement of human rights demonstrations by wearing shirts reading "HUMAN RIGHTS" and "Respect on and off the pitch" before their game against Gibraltar last Wednesday.

Germany followed up with their own human rights messages before games, though players and staff avoided directly criticising Qatar. Teams like Belgium and the Netherlands have followed.