A brace from Christian Pulisic saw the United States to a crucial 2-0 win over Trinidad and Tobago in 2018 FIFA World Cup qualifying.

The Borussia Dortmund teenager continued to star at international level with a second-half double at Dick's Sporting Goods Park on Friday.

Pulisic tapped in the opener before a side-footed finish saw USA to their win in Colorado.

The vital victory lifted USA into third in the table in the fifth round of CONCACAF qualifying, while Trinidad and Tobago remain bottom.

Bruce Arena made just one change to the starting XI which drew with Venezuela, with Jozy Altidore replacing Bobby Wood up front.

The visitors, captained by former Sunderland and Stoke City striker Kenwyne Jones, were in action for the first time since April. 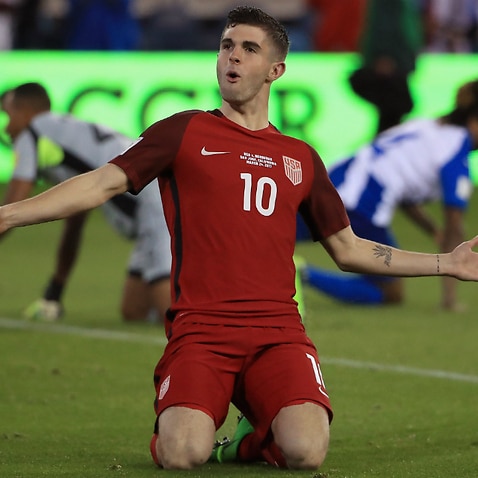 USA made the brighter start and went close in the 15th minute through Clint Dempsey, who is a goal behind the nation's all-time leading goalscorer Landon Donovan, as he curled a 25-yard effort just over.

The hosts were well on top throughout the opening exchanges and threatened again in the 25th minute.

Jorge Villafana found Altidore with a cross from the left, but the forward's side-footed effort from the edge of the area was straight at goalkeeper Jan-Michael Williams.

Jones went close to opening the scoring just after the half-hour mark, timing his run to perfection but seeing his header crash off the crossbar.

Altidore looked lively for USA and he had two good chances, his first header saved by Williams before his second went over the bar. 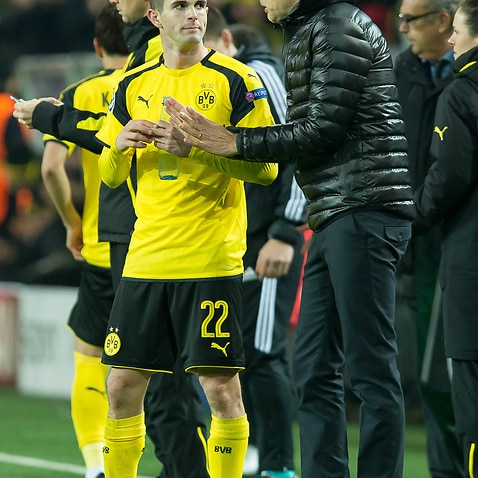 Both teams were dangerous in what was an open and flowing encounter, and USA finally struck in the 52nd minute.

Pulisic got on the end of a DeAndre Yedlin cross to tap in the opener – his sixth international goal.

Nathan Lewis thought he had produced an immediate response for the visitors but his goal was correctly ruled out for offside, before Pulisic struck the post from an angle.

Pulisic deservedly doubled USA's lead in the 62nd minute thanks to a fine pass from Altidore.

Altidore clipped a pass in behind for the 18-year-old, who beat Williams at his near post to make it 2-0.

Wood, who replaced Altidore late in the second half, then struck the post as USA saw out their win ahead of another massive clash against Mexico on Sunday.