Paris Saint-Germain have confirmed the signing of full-back Achraf Hakimi from Inter on a five-year deal.

The Morocco international passed a medical after the Nerazzurri accepted an offer reportedly worth an initial €68 million (A$110m) with a further €3m possible through bonuses.

Hakimi shone in Serie A after joining from Real Madrid, contributing seven goals and nine assists last season as Antonio Conte's side were crowned champions for the first time in a decade.

He had previously spent two seasons on loan at Borussia Dortmund after failing to break into the Madrid first team on a regular basis.

"I feel a great sense of pride," he said via PSG's website.

"After Spain, Germany and Italy, Paris Saint-Germain offers me the chance to discover a new championship with one of the most prestigious clubs in the world. I can't wait to meet my new team-mates, the fans and experience the incredible colour and passion inside the Parc des Princes.

"I share the same big ambitions as the coaching staff and my team-mates and will do everything I can to deliver what is expected of me." 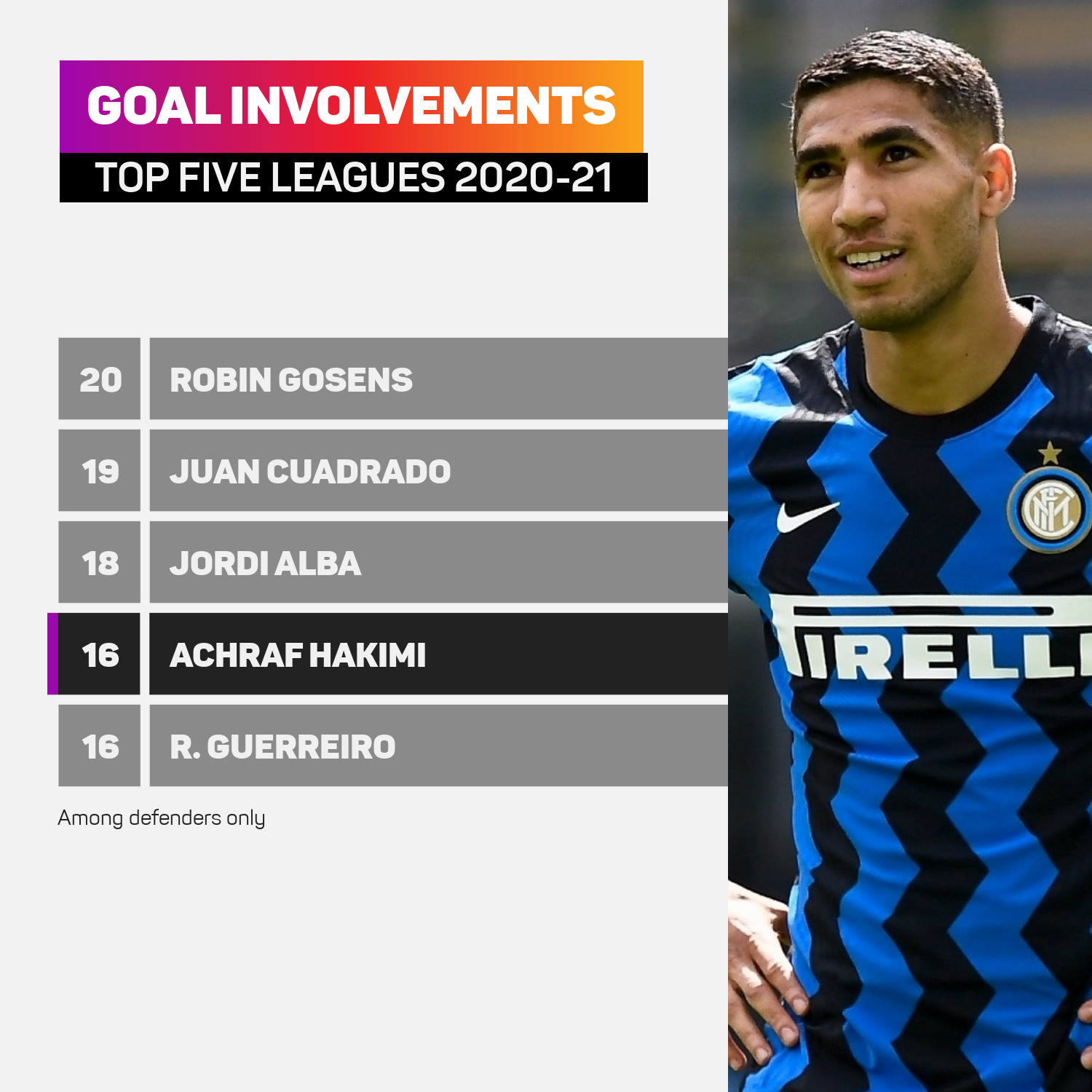 Chairman Nasser Al-Khelaifi said: "We are delighted to welcome Achraf Hakimi to Paris Saint-Germain. This calibre of signing shows the level of our ambitions – we continue to build something very special.

"Achraf may only be 22 years old and has already established himself as one of the most talented full-backs in world football – these are the standards we set at the club. I know Achraf will have a fantastic career with us and the whole club wishes him every success in our colours."

Hakimi's sale is believed to be considered difficult but necessary by Inter, who are attempting to recoup close to €100m (A$160m) in the transfer window while reducing costs, according to La Gazzetta dello Sport.

Further departures are expected, with Joao Mario and Radja Nainggolan the most likely to leave, with Hakan Calhanoglu and Alex Cordaz their only signings to date.

Inter are also attempting to extend the terms of certain players. The club confirmed on Tuesday that veteran defender Aleksandar Kolarov had signed a new one-year deal, while striker Lautaro Martinez is expected to agree to an improved deal.