Last night’s Premiership-deciding clash between Sydney FC and Melbourne Victory had everything a fan could have wanted from a football perspective.

It was a tense, evenly-matched affair, punctuated by a sensational dead-ball delivery by Sky Blues captain Teresa Polias and equally sublime left-footed strike by Kyra Cooney-Cross in the dying stages of the match.

It was an occasion befitting of the season that was, with the Premiers being crowned on the final day of the competition and giving us an exciting preview of what we can expect come the finals series this Sunday.

Not worthy of celebration, however, was the quality of the broadcast, which you could only watch via Kayo or the My Football LIVE app.

Between the feed playing up and the distorted pictures, I thought the circumstances of being huddled around my iPad couldn’t get any worse, but they did - when Princess Ibini stepped up to the penalty spot just before the 73rd minute.

As she lined up the shot, I envisioned Victory fans praying she miss it, but instead we missed it - because the stream cut out just as the ball left her boot.

If you didn’t feel like crying over the absurdity of all of this, then you were laughing. 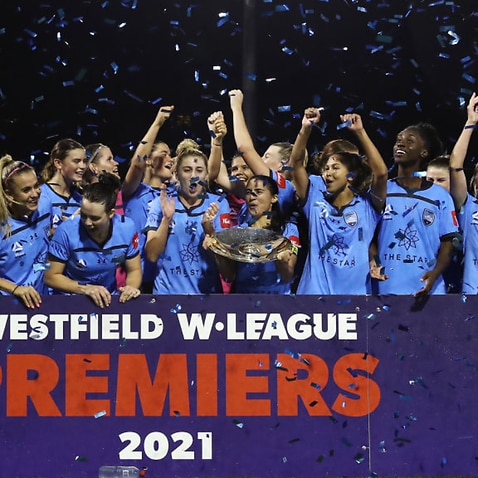 Out of sheer curiosity, I flicked over to see what was being broadcast instead of this hugely important game and to my horror, I discovered they were showing back-to-back replays of W-League mini matches.

And if you thought that was bad enough, I was also told that Sky Sports New Zealand were showing the match.

It goes without saying that the quality of the W-League coverage this season has been sub-par at best.

From the loss of commentary, frequently disrupted feeds, to the infamous “tuba guy” - it’s glaringly obvious that this competition has been treated like an obligatory afterthought.

Never mind the fact that the federal government gave a further $10 million to Foxtel last year to boost women’s and under-represented sport, surely we have reached a stage where this type of coverage simply isn’t acceptable.

It’s especially unfair to the players, coaches, staff, on-air presenters and commentators who are all putting in the time, effort and responsibility required to fulfill their end of the bargain.

So where do we draw the line?

In the last two years alone, we have had so many reasons to celebrate just how far the women’s game has come and what’s on the horizon. 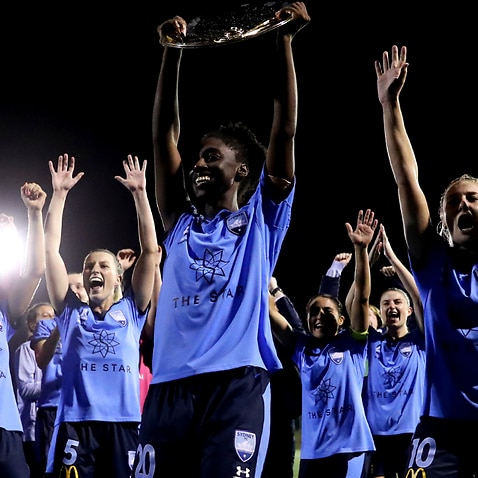 Participation rates for young girls are through the roof, over a billion people tuned in to watch the 2019 FIFA Women’s Women’s World Cup and pay parity has been achieved for the Matildas.

In partnering up with New Zealand, our bid for the 2023 Women’s World Cup was successful because of so many elements, particularly its advocacy of gender equality.

“We are nations who are champions of gender equality and the empowerment of women with exemplary records of commitment to the structural foundations that will ensure equality can be achieved," the As One bid introductory statement read.

“We will change the face of society through football by positioning Australia and New Zealand as global hubs for advancing women’s sport, leading system-wide regional women’s leadership, professional development and social-participation programs, and building on the structural foundations already in place in our countries to drive gender equality, diversity and inclusion.”

It’s a bold and extraordinary commitment that requires not just talking the talk, but walking it too and applying these attitudes across all levels of the game right across the country.

As football administrators, you cannot claim to be a champion of gender equality but stand idly by when the women’s game is being treated like a second-class citizen.

Statements from the Australian Professional Leagues condemning the quality of the coverage just won’t do anymore.

When it comes to the broadcasting of the game, the conversation has to move beyond Fox Sports and extend to the APL who have been tasked with the responsibility of striking up a new TV rights deal for next season.

The status quo can’t continue but I certainly don’t envy their current position because they’re not entirely to blame.

Since the separation, the APL have inherited a deal that was struck out of desperation by Football Australia and spearheaded by Chief Executive Officer James Johnson at a time when they game’s future was hanging in the balance.

It’s quite clear to the football community now that Fox Sports used the COVID-19 crisis as leverage to amend an existing agreement they were hellbent on turning their backs on.

In the aftermath, the governing body were quick to applaud their own ability to “rescue” the game but were there any considerations given to how football, in particular the W-League, would be treated?

Furthermore, do they care, now that the league has been “unbundled”?

Gender equality doesn’t just concern the dollar figures in the bank, it extends to how we regard the players and the game, whether that’s in the way we report on the sport or broadcast it.

To the club owners, I implore you, learn from the mistakes of the past.

And when it comes to negotiating a TV rights deal, do so with the best interests of the men and women who compete in your competitions at heart.