The Premier League's inflationary bubble burst Tuesday when the A$7.8 billion sale of British television rights marked a slump in revenue from broadcasters.

The past two auctions both produced 70 percent jumps in the value of rights, fueling spiraling wages and transfer fees and cementing the competition's status as the world's richest league. But a second round of bidding for the 2019-2022 rights left two of the seven packages unsold as Sky emerged the big winner, and BT's number of games was reduced.

While remaining the biggest broadcaster of most games in Britain with four packages, Sky boasted how it was now paying 16 per cent less per fixture in its £3.579 billion, three-year deal to show 128 games per season. That equates to savings of almost £600 million for the European pay TV giant while showing an additional two games a year. Eriksen completes comeback to give Tottenham the edge over Juventus

The Premier League increased the number of games available for live broadcasting in Britain to 200, with only overseas channels able to air all 380 fixtures a year live in a bid to maintain high numbers of fans at stadiums.

The Premier League said "multiple bidders" remain interested in the two remaining packages that allow broadcasters to show every game on four match nights. It is the first time entire rounds of fixtures can be aired live domestically, and there is intrigue over whether companies like Amazon, Netflix or Facebook will use them as a chance to gain a foothold in the Premier League.

"To have achieved this investment with two packages of live rights remaining to sell is an outcome that is testament to the excellent football competition delivered by the clubs," Premier League chairman Richard Scudamore said. "It provides them with certainty and will underpin their continued efforts to put on the most compelling football, invest sustainably in all areas, and use their popularity and reach to have a positive impact on the sport and beyond." 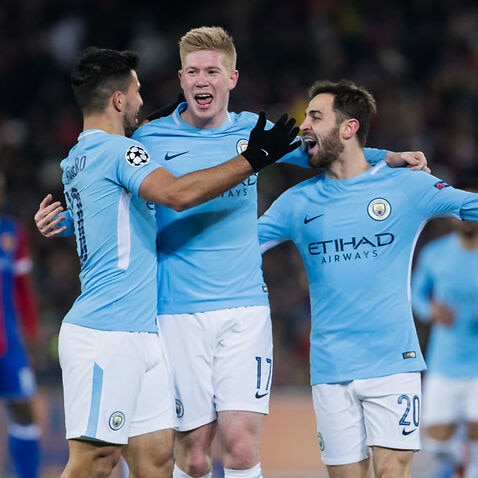 The 2019-2022 Chinese rights have already been sold to online video streaming service PPTV for A$891 million in the league's biggest-ever global deal. In 2015, the American rights were sold through 2022 to NBC in a six-year deal worth A$1.27 billion.

Bidding for Australian broadcast rights to the 2019-2022 Premier League seasons have yet to take place with Optus the current rights holders after paying A$200 million in 2015.

The auction comes amid uncertainty at Sky with regulators in Britain assessing the attempt by Rupert Murdochs's 21st Century Fox to buy the 61 percent of the broadcaster it does not already own. Walt Disney Co. has also bid A$66.7 billion to take over the majority of Fox in a deal that Disney hopes would lead to full ownership of Sky.

Chicago was the project I couldn’t turn down, says Zdrilic

Suarez 'could help Lautaro settle in' at Barcelona, says Messi