Gareth Southgate's tactics for England's game with Germany brought understandable scrutiny but yielded a rare high for the Three Lions.

Gareth Southgate was keen to dismiss any relevance whatsoever surrounding his moment of personal despair 25 years ago, the last time England and Germany met at Wembley in a major tournament.

But his team-sheet felt like a nod towards the kit he wore as a young, accomplished defender who erred in an-era defining moment of Euro 96 penalty shoot-out heartache.

The England XI he sent out on Tuesday was grey. Very grey. Potentially and hopefully granite like, but definitely dull.

There was no great surprise. A line-up of five defenders and two sitting midfielders had been widely floated before kick-off and the approach was of a type with England's group-stage efforts of two goals scored and none conceded in three matches.

The clarity of Southgate's game plans have been a strength of his reign and account for the goodwill towards him in the England squad. Players are rarely left scratching their heads by a manager who has their back.

But as Phil Foden, Mason Mount, Jack Grealish, Jadon Sancho, Marcus Rashford, Jude Bellingham and all their considerable creative gifts shuffled into position on the substitutes' bench, it was hard to escape the sense of Southgate missing a trick.

Wing-back to the future

Either side of a raucous 4-2 win over Portugal – one that persuaded an entirely sensible switch to England's wing-back system – Germany were fortunate to only lose 1-0 to France and scraped a chaotic 2-2 draw against Hungary to squeak through to the knockout rounds. They were unquestionably vulnerable.

Southgate could rightly contest that going gung-ho against elite opponents has rarely ended well during the nation's 55 years of hurt, but the start was ominous.

Slow possession from kick-off saw Raheem Sterling, one of three attack-minded players in the XI, come deep and pass to Harry Maguire. Hoof! Then another one from goalkeeper Jordan Pickford.

Defensive numbers would be a moot point if England just kept giving the ball away to technically accomplished midfielders such as Leon Goretzka, who an overrun Declan Rice hauled down for a desperate eighth-minute foul that saw him booked.

Arm-wrestling the rippling Goretzka would probably be an awful experience, but that was effectively how England engaged Germany during a first half they gradually and painstakingly shoved into their favour.

Sterling and Bukayo Saka buzzed effervescently, too often lacking support. Kalvin Phillips burnished his ever-growing reputation as he faced down Goretzka, Toni Kroos and the roving Kai Havertz, while Kyle Walker, John Stones and the excellent Maguire encouraged their team out of a defensive shell and up the field.

Southgate's template is one that necessitates half chances taken and key moments won. Jordan Pickford did his bit with a brilliant save in each half, but Harry Kane's heavy touch towards the end of the first half showed him grasping for form. Alan Shearer branded that lost opportunity "a sitter" in his role as pundit on BBC.

It is a method that won Portugal Euro 2016 and France the 2018 World Cup, with extreme pragmatism laying a foundation for attackers flecked with magic to do the rest. But Portugal and France are already out here and Kane looked a shadow of himself, unfit to be Southgate's Ronaldo.

Adrift was an inadequate description for an unremarkable second half, given everything from the football to the tension felt so heavy. Finally, Southgate turned to his bench for some of Grealish's sparkle 69 minutes in.

Sterling had started to turn towards blind alleys rather than open spaces and relished a willing accomplice as he drove in field. Kane recycled possession to Grealish, who found Shaw. There was familiar Euro 2020 punctuation to a crisp move. England 1-0, Sterling. 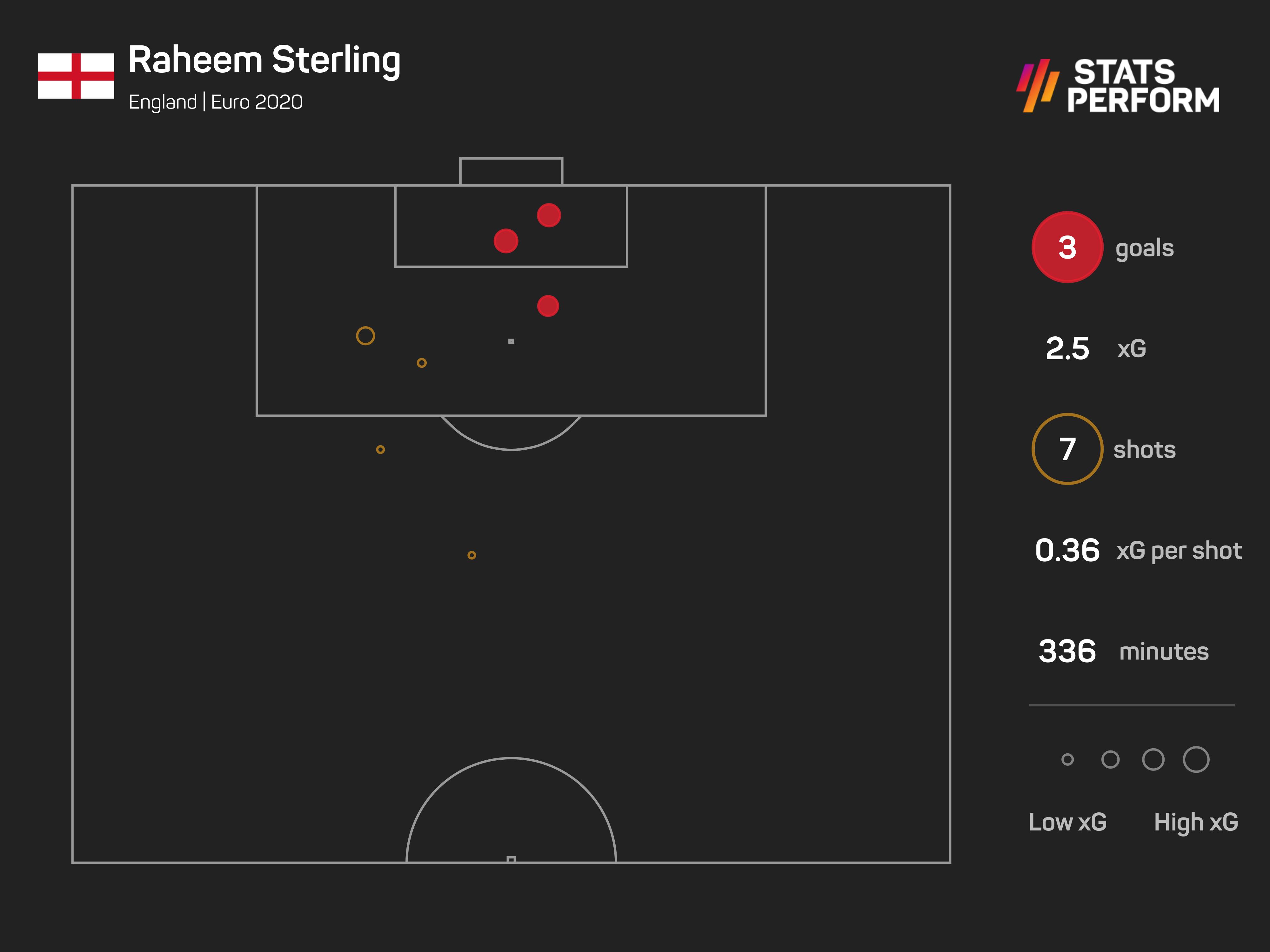 Once again the toast of his boyhood neighbourhood after his third goal of the competition, the Manchester City forward erred horribly with pass towards his own goal in the 81st minute. Thomas Muller was through, but the inevitable didn't happen.

Then a moment of salvation for Kane and his country, stooping to head home, with Grealish and Shaw again involved. Job done, demons slayed.

Perhaps we linger too much on results and let them paper over performances, but results are the strongest currency of all in tournament football. To put it in context, this was England's first win in a major knockout match over a country with a world title to their name since overcoming West Germany in the 1966 World Cup final.

Whether it's coming home or not, Southgate and his players have breached unchartered territory.

An expectation to take the game to Sweden or Ukraine in a Rome quarter-final will inevitably bring more cries against caution. But those are tomorrow's problems in Southgate's summer of Sterling.