With his exit from Perth Glory sealed, Popovic will jet off imminently to Europe to take charge of the club just purchased by the president of NPL outfit Sydney Olympic, Bill Papas.

Xanthi lost the first leg of a promotion-relegation playoff against Apollon Smirnis 1-0 overnight, and could find themselves in the second tier when the Popovic-Diles tag-team take up residence in northern Greece.

Undaunted by the disappointment of his last overseas foray - he was shown the door after just two months and left unpaid by Turkish battlers Karabukspor - Popovic is backing himself to succeed.

Glory owner Tony Sage declined to comment when quizzed over the departure of the man who led the club to last season’s Premiers Plate. 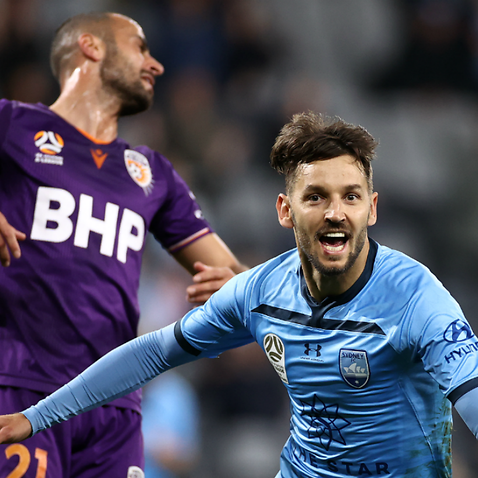 However, the 2014 AFC Champions League winner has long harboured another crack at Europe, and Wanderers academy guru Diles - who has a long-standing relationship with Papas from his playing days at Olympic - has been anointed as his deputy.

Popovic was contracted until mid-2021 but is understood to have an exit clause in place.

Diles, who announced his Wanderers exit earlier this week, won titles with club’s U-18s, U-20s and the Y-League side.

He was also instrumental in aiding over 30 players in their progression from the Wanderers’ academy to the first team, having arrived in 2015.

In an interview earlier this month he described former Socceroo Popovic as a “great advisor and mentor”.

Popovic signed off with a limp 2-0 loss to premiers Sydney FC in Wednesday night’s A-League semi-final.

But he’ll be remembered as the man who brought the club their first silverware after too many years of near misses and outright failures.