Brandon O’Neill may not be scoring goals or cutting open defences in South Korea, but on and off the pitch the Australian’s reputation is on the rise.

The defensive midfielder left Sydney FC for Pohang Steelers in January and had a long wait to make his K-League debut thanks to the coronavirus delaying the start of the season.

When it did all kick off in May, it took the 26-year-old a little time to find his feet and a regular place in the starting line-up of the three-time Asian champions. Not any more. O’Neill has played all but 38 minutes of the last 11 games that have seen the Steelers dump Seoul out of the FA Cup and climb up to fourth in the league.

“He is a player who has a proactive and positive attitude,” said Pohang coach Kim Ki-dong. “From training to practice, he always does his best.”

The plaudits are starting to come his way, delayed a little by the fact that he hasn’t got any ‘attacking points’ as they are called in the South Korean media. An assist or goal counts as one and as a defensive midfielder, it is harder for a foreign player to catch the eye but catching the eye he is starting to do. 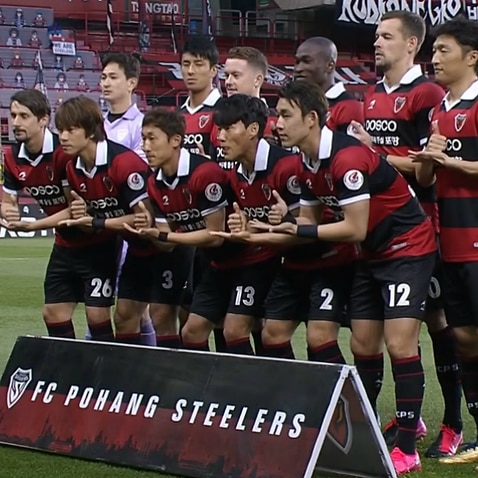 The lack of a direct attacking contribution is not a problem. “That is because of his position,” a Pohang official told Sports Seoul newspaper, noting that while he took time to adapt to the faster tempo of the Korean league, he has performed well in a variety of roles in front of the defensive lines. “These are roles that can’t be determined by records. When you watch him he is very good and always performs well, week in and week out.”

What is perhaps more impressive is how the player is performing off the pitch and O’Neill seems to be embracing life in the gritty industrial city of Pohang, on Korea's southeast coast. Some foreign players can struggle so far from home in a hugely different culture but the Aussie is not merely surviving but is becoming a popular member of the squad.

According to reports, the player is learning the language and his wife is preparing to start full-time study at university from September. Such efforts are also rubbing off on the other members of the overseas contingent at the club.

“O’Neill is having a positive influence on the chemistry of the team,” added the Pohang official. “In the past, foreign players did not generally learn Korean but now it is different."

According to the club, O’Neill always has a smile on his face and at the moment, so do Pohang Steelers.