Mauricio Pochettino believes no team has had a bigger impact upon English football than the Southampton side he coached for a season and a half from January 2013.

Pochettino remains one of the most highly regarded tacticians in the game after leaving Tottenham last November.

Exactly a year ago, his Spurs team lost 2-0 to Liverpool in the UEFA Champions League final.

Jurgen Klopp's men have gone on to dominate the 2019-20 Premier League season and Pochettino suggested the high-octane takes on football put forward by the German and Pep Guardiola at Manchester City were proved to be viable in the English game by his initial excursion at St Mary's.

"Football in England changed with that Southampton team of 2013-14, there is no other team that had as big an impact in changing the mindset,” Pochettino told Guillem Balague's Talking Football show on La Liga TV.

“We arrived at a club with a president like Nicola Cortese who gave us what we needed to create something unique in English football.

"Our ability to adapt to a completely different environment was incredible.

"We found a group of players who wanted to learn from the experiences we brought from Spanish football, and with the quality to play a different style of football to that which everyone in English football was used to. 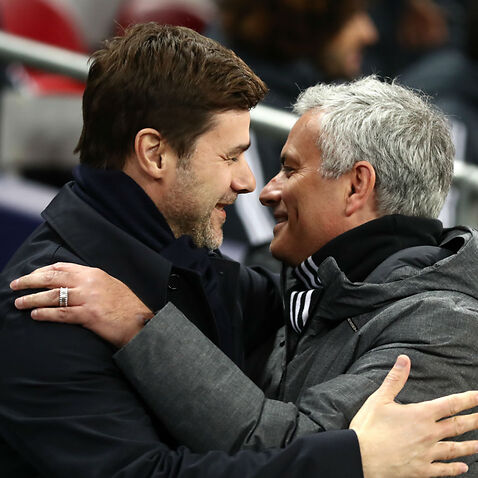 I am so happy Mourinho replaced me at Spurs, says Pochettino

Victories over Manchester City, Liverpool and Chelsea were high points as Pochettino eased Southampton away from relegation trouble in 2012-13, before steering them to an eighth-place finish the following season.

Luke Shaw and Jay Rodriguez made their breakthroughs with England, while fellow Three Lions internationals Adam Lallana, Rickie Lambert and Nathaniel Clyne would go on to join Liverpool along with Dejan Lovren.

Southampton took their astute punt on Pochettino after he began his coaching career in impressive fashion at Espanyol, where he believes he had a similarly transformative effect.

"At Espanyol, we were the first coaching staff to teach exercises to bring the ball out from the back," he said.

"The facts are there. Just watch any game from around 2010 and 2011, the ball is played out from the goal. When previously it was always hit long.

"We started that, and many people are a bit surprised. Everyone talks of Barcelona, Madrid, Milan.

"Many of those players grew up with a style of play and philosophy different from modern football played today."