Sarpreet Singh is on the threshold of a long and successful Bundesliga career, according to Wynton Rufer - New Zealand’s original trailblazing export to Germany.

A prolific marksman with Werder Bremen back in the early 1990s, Rufer, 57, coached “the little skinny kid” from the age of seven to 14.

And with Singh, 21, soaring up the pecking order with star-laden champions Bayern Munich, Rufer says the Wellington Phoenix product’s “world-class” attributes could take him to dizzy heights.

Signed for $460,000 a year ago, Singh made his first full start under Hans-Dieter Flick in the penultimate game of the season against Freiburg.

“It’s quite exceptional what he’s done so far - it’s not like he’s super quick and has incredible dynamics and power,” said Rufer. 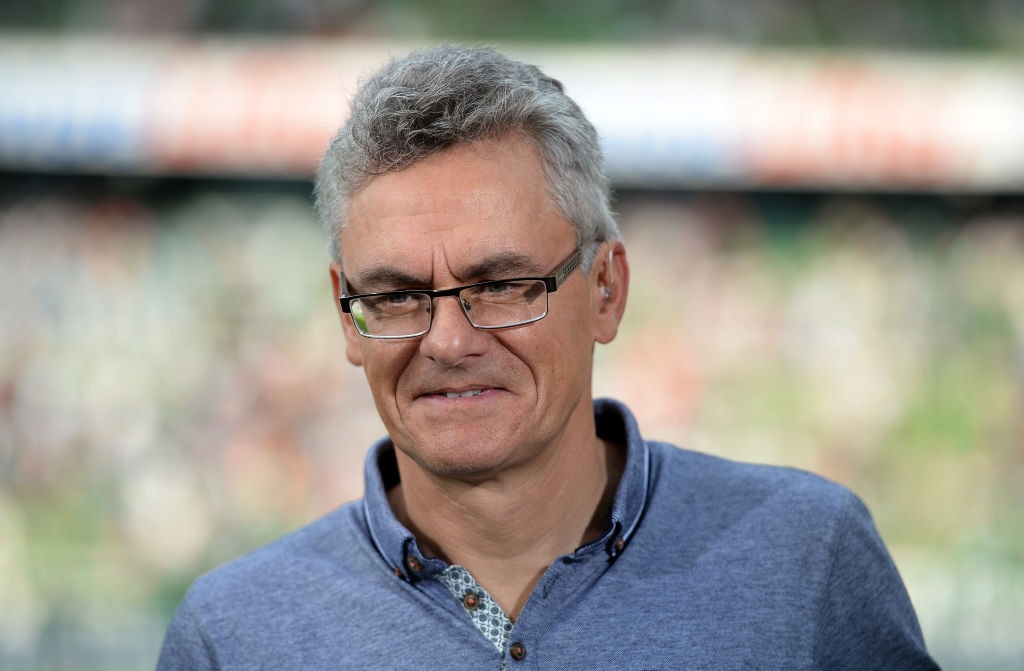 “But what he does have in abundance is world-class technique.

“He knows what he wants and is a very mature boy ... as long as he stays healthy I think he’ll have a great career.

“He was just this skinny little kid when he first came to us (Wynrs Wynton Rufer Soccer Academy), and he actually hasn’t grown that much, although I know he’s working hard to bulk up a bit.

“The thing is though he has so much quality, for instance, his passing skills even blow away some of his superstar teammates at times during training.”

Rufer - who scored 59 goals from Bremen in 174 appearances - always played Singh against the older kids during his formative years.

“He was a step ahead,” he added. “My program concentrated a lot of the juggling side of the game and kicking well with both feet.

“But if you’re a left-footer like him it doesn’t matter as much.

“In the technical exercises, Sarpreet was always better than anybody.”

Despite his finesse and intuitive touches, Rufer didn’t initially envision the youngster whose parents hail from India playing beyond the A-League “because he’d didn’t have electric pace and huge physical power”.

“But to start one game at Bayern and come off the bench in another for his debut (ironically against Bremen) is just phenomenal,” he added.

“Even when Flick came in to replace Niko Kovac (in December), Sarpreet (who scored seven goals and conjured seven assists for Bayern’s second team) remained on the first team radar. “When a new coach arrives a young player he doesn’t know about can easily fall away. But that hasn’t happened.”

Singh was spotted a year ago at the U-20 World Cup in Poland as New Zealand exceeded all expectations to reach the last eight before losing to Colombia on penalties.

“Half of that squad picked up pro-contracts and we have some really cool talent coming through,” added Rufer.

“There were scouts there from big clubs like Borussia Dortmund, Hoffenheim and Eintracht Frankfurt who later contacted me about the captain Joe Bell, Elijah Just and Sarpreet.

“Then he had a good season in the A-League and it was incredible when Bayern came in for him, really out of the blue.”

Singh joined the club for pre-season in the United States as a late call-up. But far from making up the numbers, he featured against the likes of AC Milan and Tottenham.

Kovac was so impressed he promoted Singh to his senior squad, even though the original intention was to house him exclusively with the second team who play in Germany’s third tier.

Since lockdown has been lifted the attacking midfielder has been training solely with the likes of Thomas Muller, Philippe Coutinho, Robert Lewandowski et al.

“You look at the squad they have and the money they’ve spent on players, even in the second team, and it’s amazing how quickly he’s risen through the ranks,” continued Rufer.

“When you’re training with these types of quality players each day your game goes to another level.

“And all this in 12 months - it’s a huge statement of faith in how good this boy is.”