Italian champions Juventus may have blundered in naming World Cup winner Andrea Pirlo as coach if their early season form is anything to go by.

Italy's most popular club took a gamble on the young and inexperienced Pirlo when they named him as successor to Maurizio Sarri in the off-season.

Juve have been struggling for consistency this season although they do not appear to be doing all that badly in terms of results.

They occupy fifth spot in Serie A and, after winning in Kyiv against Dynamo on matchday one of the UEFA Champions League, should qualify for the knockout phase.

However it is the general play that is causing concern among the 'Old Lady' faithful.

Juve's problems were laid bare by Barcelona on matchday two of the continental competition.

The Spaniards scored a goal in each half to comfortably win 2-0 with goals from Ousmane Dembele and a penalty from Lionel Messi. 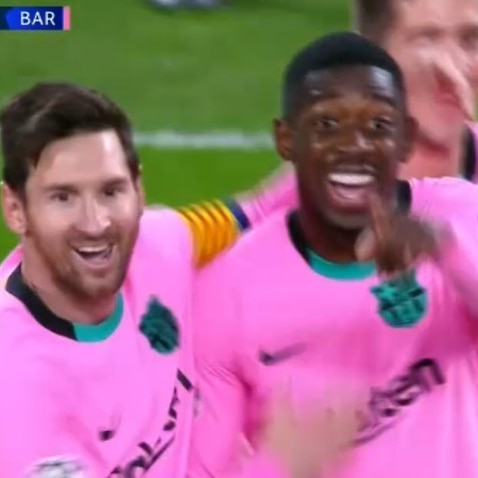 The Colombian was never comfortable in dealing with the young man who impressed with his speed, dribbling skills and general positivity.

The move not only deprived Juve of an attacking outlet on the right but provided Barca with the kind of width that stretched the home side's defence.

Pirlo, at his peak a wonderfully creative midfielder, is reported to have once said that "football is played with the head, your legs are just the tools".

Yet the 41-year-old was 'out-thought' by the older Dutchman on this occasion, so much so that it is doubtful if absent Cristiano Ronaldo would have made any difference to the outcome, such was Barca's stranglehold on the match that rewarded them with their first ever win in Turin.

Pirlo did not have an answer to Barca's dominance and did nothing to stem the flow of the match. Juve also appeared to be unable to win the ball back after losing it and let their rivals dictate matters for long periods.

One of Pirlo's intended 'solutions' to save the game - bringing on attacker Federico Bernardeschi at fullback - backfired because the substitute, whose confidence is at a low ebb at the moment, gave away a penalty for a clumsy challenge on young Ansu Fati.

Messi crowned a very strong game by putting it away.

Koeman conceded later that this was Barca's best match of the season but a win on a difficult ground, so soon after losing the Clasico to Real Madrid, does not mean that the team's problems are over.

Striker Alvaro Morata scored three 'goals' that were rightly disallowed for offside but they also showed that, give and take a few centimetres, the defensive frailties that have plagued the side for the best part of 2020 still persist.

Yet Barca have an old hand in Koeman who is experienced enough to bring the best out of his players.

The same cannot be said of Pirlo, I'm afraid.