Andrea Pirlo is lucky to be starting his coaching career at Juventus, according to Roberto Mancini, but the Italy boss believes the club have made a good call.

Pirlo was appointed as Juve's new head coach on Sunday (AEST), a matter of hours after Maurizio Sarri was relieved of his duties.

Sarri led Juve to a ninth straight Serie A crown this season, but failed to improve their standing in the UEFA Champions League as they headed out on the away goals rule against Olympique Lyonnais in the last 16 on Saturday. The role is Pirlo's first as a coach and while Mancini feels the Italy great is fortunate to have landed such a high-profile job, he thinks it will prove to be an astute appointment.

"I did not expect Juventus to go out [of the Champions League]," Mancini told La Gazzetta dello Sport.

"I was sure they would have advanced.

"But it was a terrible, unpredictable and difficult year. Especially for those who have made changes, like Juve. Sarri wasn't able to bring through his football.

"[Pirlo] is lucky. He starts from the top and with the best team. Maybe I didn't start from the bottom, but I started at Fiorentina, not with Juve.

"Jokes aside, if I was searching, I would have been looking at Andrea. He has great knowledge of football. Like [Daniele] De Rossi. I would have liked to work with him.

"There's always a first time. Andrea opens up a new path. Let's follow him. Good luck to him." 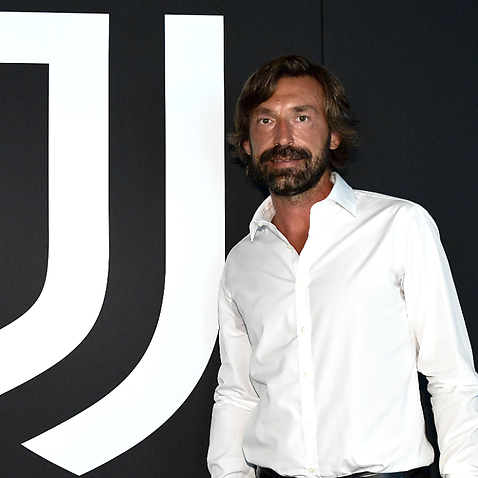 With Juve and Napoli exiting the Champions League in the last 16, only one Italian side – Atalanta – remain in the competition.

They go up against Paris Saint-Germain in the last eight and Mancini believes Atalanta can play with full confidence against the Ligue 1 champions.

"Let's calm down and think of PSG, who are a great team and have more experience," Mancini said.

"They are certainly not at the top. They have lost [Edinson] Cavani, will not have [Angel] Di Maria, [Marco] Verratti, [Kylian] Mbappe and some others who are in doubt.

"Their championship was stopped in March, but regardless of this, Atalanta have every right to play the quarter-final with confidence."