Wellington's hopes of fielding a team in the upcoming W-League season have been effectively dashed by FFA which rejected the Phoenix's bid to have their New Zealand nationals considered local players.

The Phoenix made their ambitions to join Australia's professional women's league clear with a spot in the competition which kicks off on December 27.

The NZ Herald reported the Phoenix had planned to unveil their W-League team on Thursday, with a squad largely comprised of fringe and young New Zealand internationals.

That would have given those players an opportunity to regularly play senior football together before next year's Olympics and, later, the 2023 World Cup. 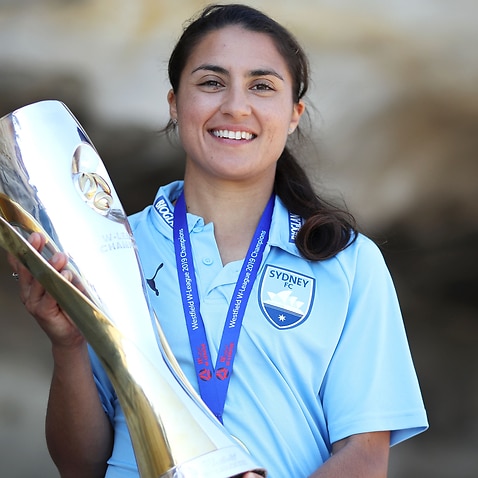 But that bid hit a roadblock when the FFA elected not to change player eligibility rules for the Phoenix - who would have set up base for the start of their inaugural campaign in NSW.

In the W-League, teams are only permitted to field four foreign players plus one international guest player.

New Zealand players are considered internationals in the W-League and A-League - with the exception of Wellington's A-League side which has an exemption.

Without permission to list additional Kiwis, the Phoenix W-League squad would have been predominantly filled by Australian players.

FFA confirmed it had been "considering a late request" from the Phoenix to join the league but opted not to amend the player eligibility rules for the looming season.

Australian football's governing body expressed concerns about changing player eligibility rules "at such a late stage" without meaningfully consulting with other clubs, and was also concerned about its impact on the competition's integrity and the W-League clubs' ability to manage their squads. "FFA has been a strong supporter of Wellington Phoenix since it joined the A-League and along with the APFCA, have been willing to undertake a consultative process to consider the best way forward for its involvement in the Westfield W-League," an FFA spokesperson said.

"Such consultation, however, must be done so in accordance with due process and in pursuit of the best interests of the competition, all W-League clubs and for the good of the Australian game.

"Under the circumstances, the current player eligibility rules will not be amended for the coming season."

The Phoenix said they were working with the FFA on their "ambitions" to field a W-League team "in due course."