Wellington have snapped an eight-game winless streak in the A-League after a late goal to Jaushua Sotirio gave them a 2-1 victory over Central Coast.

Sitting at the bottom of the ladder going into Sunday's clash, Phoenix extended their impressive six-game winning streak against the Mariners.

Their stranglehold over the Central Coast side now is the longest winning streak in club history against a single opponent, equalling their six-game run against Newcastle from 2010 to 2012.

In miserable weather at Central Coast Stadium, the Nix outlasted the in-form Mariners who looked in control for most of the match until Sotirio got his boot to a bouncing ball from Alex Rufer in front of the net.

And although it wasn't pretty, manager Ufuk Talay hopes the win is a springboard to climb the ladder.

"Last week we dominated the game for the 90 minutes and we lost," he said.

"Today we played well in the first half but not so well in the second half, but getting the three points was most important to get that boost and confidence within the players."

The Nix scored early through Ulises Davila, who darted through soft defence outside the box and slotted in the opening goal after 14 minutes.

However, it didn't take long for the Mariners to respond as they ramped up the intensity through the centre field.

Teenage striker Alou Kuol finished off a set piece from a corner, heading in a goal from in front just before halftime to level the scores.

From there, the Mariners looked firmly in control of the game but several shots on goal were sent wide, leaving them without the three points they needed.

"That little bit of clinical play in the front third and in the box was missing.

"(Stefan) Marinovic did a couple of good saves as well.

"They won a couple of critical moments and in the second half had one go their way.

"I'm pleased with how we played but just disappointed with the result."

Meanwhile, Mariners skipper Oliver Bozanic bravely battled through the second half after dislocating his shoulder just before halftime. 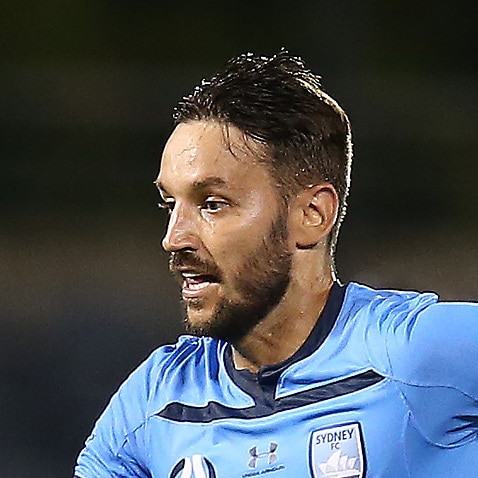 In agony on the sideline, it was assumed he wouldn't return but he managed to finish the match after it was popped back into place.

He's expected to be in doubt for the game against Melbourne City on Wednesday night but the club will assess him on Monday morning.

It's the second of three games in seven days in Gosford for Stajcic's men, who will also play Western United next Sunday to round off a tough stretch of football.

Meanwhile, the Phoenix will now have a week off before playing Sydney FC in Kogarah next Monday night.