Dimitri Petratos has played his last game for Newcastle Jets, with a deal agreed for the fringe Socceroos attacker to join an unnamed Saudi Arabian Professional League club.

It’s understood the cash-strapped Jets will receive an undisclosed fee for the 27-year-old, who has scored 22 goals in 77 appearances since arriving via K.League heavyweights Ulsan Hyundai three years ago.

The former Sydney FC and Brisbane Roar man nabbed an assist - an A-League-high 10th of the season - as the rejuvenated Jets ended the season with a thumping 3-0 win over Wellington Phoenix on Thursday night.

It’s a significant loss for the Jets, but softened by the arrival in February of Bernie Ibini who started ahead of Petratos in two of their last three matches. 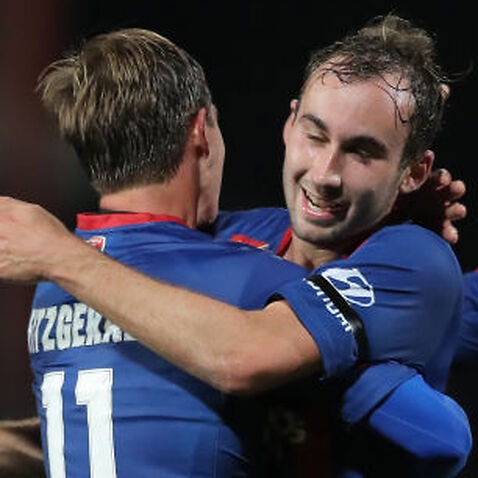 Petratos’ agent James Hardy refrained from making any comment on his client’s future when contacted by The World Game.

However, he did say: “Dimitri has had a fantastic year, as have the entire team as a collective since (coach) Carl Robinson came in.”