The proposal to finish the English Premier League season in the Australian city of Perth has provoked a very mixed reaction from some leading football commentators in the UK.

With over 30,000 deaths in the country due to the coronavirus, there is little prospect of the season, suspended in March with teams having nine or ten games still to play, taking place in England any time soon.

Perth-based English agent Gary Williams is busy trying to drum up support from Western Australia, which has recorded just nine deaths so far, to step in and provide, as he told The World Game, the world’s most popular league with a ‘Plan B’.

He may have some work to do to convince people back home that it is a good idea.

“I'd be very surprised if anybody took it seriously,” ESPN’s Senior Writer Gabriele Marcotti told The World Game. “It seems like little more than a publicity stunt to me. 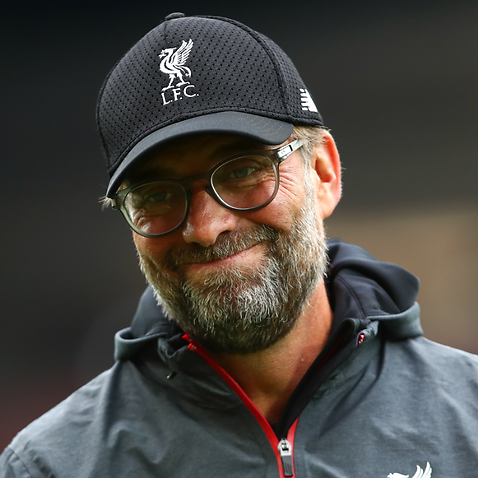 Why the Premier League will not come to Australia

"Leaving aside the logistical issues, it seems mad to think players would accept being so far away from their families for so long. Plus, I'd imagine they'd also need permission from the FFA, AFC, UEFA and FA.”

Rich Jolly is a football journalist for The Guardian and The Independent and has plenty of concerns, though understands that the need to complete the season is paramount if, as reports suggest, failing to do so could cost the league as much as A$1.5 billion.

“I doubt it would happen and would be very surprised if it did,” Jolly said. “But the only reason why it would be is to complete the season, which they really need to do.

"Financially, it would be a disaster if they don't but, from a sporting perspective, they have to - there is no good way to resolve issues like promotion, relegation and Champions League qualification without playing the remaining games and, as France shows, curtailing the season now brings the prospect of legal action. Perth seems as safe a place as any in a country relatively untouched by coronavirus.” It would not come with costs however and not least the issue that UK broadcasters could have with the time difference.

“There definitely would be a backlash from supporters and various other people if the league was taken to Perth - or anywhere else abroad, for that matter,” Jolly added.

“Equally, some people are complaining about whatever is proposed, which in some cases reflects upon them and in part shows the kind of ostrich tendency some have at the moment.

"What we would want and what we did have - clubs playing at home, in front of fans etc - realistically isn't going to happen in the near future. Having said all that, think it is far more likely they play at neutral venues in England than go abroad.

Owen Amos of the BBC is a little more positive about the prospect but only with certain conditions.

“If they could only play games in empty stadiums in Perth, I'm not sure it's worth the effort,” Amos said. “However, if they can get some fans in the grounds, then it becomes a much better idea. "Anything is better than empty grounds. Finishing the league in empty, neutral grounds - whether in the UK or Australia - may fulfill the TV deals but it will look awful.

"I actually think it will be embarrassing. So I think Perth - or anywhere that can provide an atmosphere - is a good idea.

“I would rather wait until August or September to see if games can be played in full English stadiums. If not, I think you have to call it off. However, I appreciate there are are no perfect solutions.”

Renowned author David Goldblatt, writer of seminal book The Ball is Round, is not a fan of the idea.

“The owners are desperate enough to play anywhere at any cost if they thought they could get away with it, so why not in Perth?” Goldblatt said.

“For myself it is just an appalling waste of time and carbon to send everyone there. Maybe when the Premier League has offset every last bit of carbon it is emitting we can discuss it.”