Perth Glory owner Tony Sage has flown to Europe to meet London Football Exchange founder Jim Aylward, but will the sale of the club go ahead?

Sage's plan to sell the A-League club to the bitcoin investment group has generated a wave of criticism and widespread concern.

Glory released a statement on Thursday confirming the club had entered into an "asset sale and purchase agreement" with LFE. 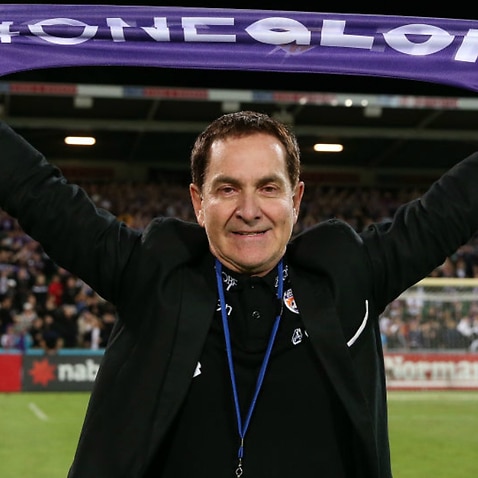 The only obstacle at that point seemed to be Football Federation Australia, who needed to approve the deal.

Under the terms of the contract, LFE would buy an 80 per cent share of the club, with Sage retaining 20 per cent.

But it seems Sage himself has now given himself some wriggle room to pull out of the deal.

In a statement provided to The West Australian, Sage said he still needs to do his due diligence before agreeing to the deal.

"A transaction in principle is agreed, but I need to meet and do my own DD (due diligence) and that's why it is incorrect to say the transaction is a done deal," Sage wrote.

Sage is currently in Europe and is due to meet with LFE founder Jim Aylward.

The uncertainty is an unwanted distraction for Glory as they prepare for their AFC Champions League debut.

Glory players will fly out of Perth on Saturday ahead of Tuesday's clash with FC Tokyo in Japan.