Only days after joining the club, ex-Sydney FC star Antonis can look forward to a sustained European campaign with the Greek side taking a seemingly unassailable lead into the second leg in Denmark next week. 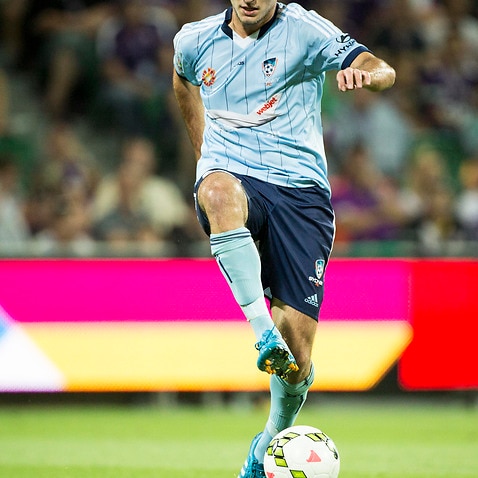 Athletic Bilbao, perhaps jaded from its Supercopa de Espana triumph over Barcelona, lost out 3-2 to Zilina, with Brazilian forward William grabbing a last-gasp winner, while Astra beat AZ by the same scoreline.

Krasnodar sealed a 5-1 rout of HJK, while Viktoria Plzen and Lech Poznan both sealed 3-0 home wins against Vojvodina and Videoton respectively, and Rosenborg saw off Steaua Bucharest 3-0.

Arkadiusz Milik's penalty was enough to give former winner Ajax a 1-0 win over Jablonec, with Norwegian champion Molde beating Standard Liege 2-0 at home.

Rubin Kazan could only manage a 1-1 draw away at Rabotnicki, with St-Etienne doing the same against Milsami, though Ligue 1 rival Bordeaux fared better as it beat Kairat 1-0.

There were 1-0 wins for Legia Warsaw, Belenenses and Liberec against Zorya, Altach and Hajduk Split, while Panathinaikos's trip to Qabala finished goalless.