Arsenal fought back from a two-goal deficit to win 3-2 away at Ludogorets courtesy of Mesut Ozil's 87th-minute effort and secure a place in the knockout stages of the UEFA Champions League for a 17th successive season.

The Premier League side made heavy weather of securing victory in Sofia against opponents they had crushed 6-0 at the Emirates Stadium less than a fortnight ago, a game in which Ozil netted a hat-trick. 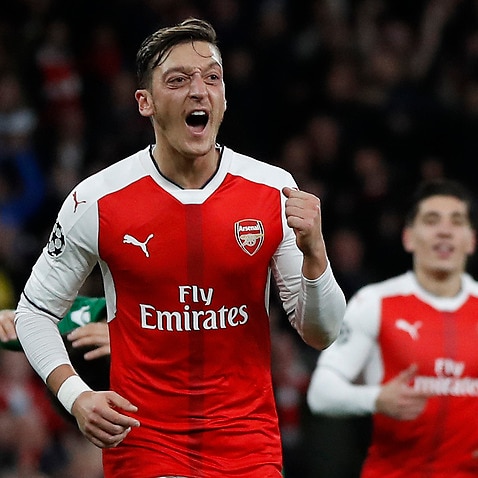 Still, the positive result sees them through to the last 16 from Group A and the late winner means Arsene Wenger's men are top ahead of Paris Saint-Germain on goal difference, with the two teams going head-to-head at the Emirates on November 23.

Jonathan Cafu put the hosts - who had scored 13 goals in three games since the heavy loss in the English capital - ahead before setting up his team's second, scored by Claudiu Keseru.

Yet Ludogorets's lead did not even survive until the half-time whistle, Arsenal scoring twice from crosses to get back on level terms by the break.

A low ball in from the left allowed Granit Xhaka to sweep home, while Aaron Ramsey's drifting cross from the opposite flank allowed Olivier Giroud to mark his first start of the season with the equaliser.

The game looked set to end all square until Ozil grabbed a dramatic winner, the German keeping his cool when through on goal with three minutes left.

Arsenal's 14-match unbeaten run had looked in serious danger when they conceded twice in the opening quarter of an hour at the Vasil Levski Stadium. 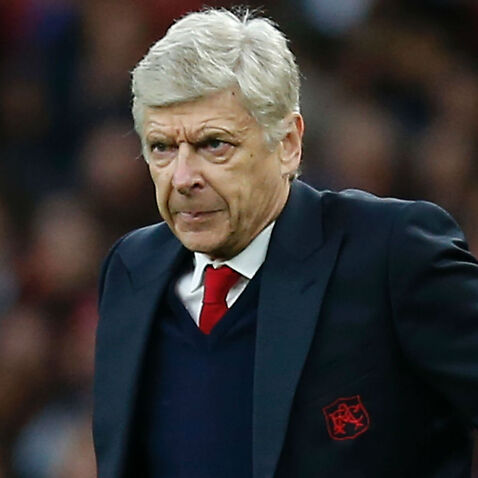 Cafu won the battle to reach a deep free-kick from fellow Brazilian Wanderson and volley in the opening goal after 12 minutes, giving Ludogorets the lead for the third time in four Champions League outings this season.

The scorer then turned provider just three minutes later, twisting his way past Kieran Gibbs on the home side's right flank to fire over a low cross that Keseru turned in at the front post.

However, just like against PSG and Basel earlier in the competition, Ludogorets proved unable to hang onto a lead.

Crucially, Arsenal halved the deficit in a hurry. Just five minutes after conceding for a second time, Xhaka arrived in the penalty area at the perfect time to turn home Ozil's cross from the byline, cutting the deficit in half.

The rather inevitable equaliser eventually arrived three minutes before the break, as Ramsey's floated cross allowed Giroud to flick a header over stranded goalkeeper Milan Borjan.

But, having worked so hard to get back on level terms, Arsenal failed to fire in a scratchy second half.

Only David Ospina's desperate block on Wanderson denied Ludogorets from going ahead again, the goalkeeper racing out to spare the blushes of a defensive line caught square by one simple ball over the top.

While the Brazilian fluffed his opportunity at one end, Ozil made no mistake at the other. Mohamed Elneny's pass put the German in the clear and, after lifting the ball over the advancing Borjan, he coolly waited for two defenders to dive in before rolling the ball into an unguarded net.