The agent of Mesut Ozil has told Arsenal boss Mikel Arteta that fans deserve "an honest explanation" over the midfielder's exile from the team.

Ozil has been omitted from the Gunners' Premier League and Europa League squads, meaning he is effectively excluded from first-team action until at least January, when changes to the player lists can be made.

The former Real Madrid midfielder, a club-record signing when he joined for a reported £42 million in 2013, has not made an appearance since March 7 and stated via social media this week: "I pledged my loyalty and allegiance to the club that I love, Arsenal, and it saddens me that this has not been reciprocated."

Arteta, though, insisted his conscience was "very calm" and that Ozil's exclusion was "just a football decision".

He also said Ozil, who reportedly earns in the region of £350,000 per week, had been given every opportunity to convince him he was worthy of a place in his plans and that he considered it a failure on his own part that he had not brought the best out of the player. 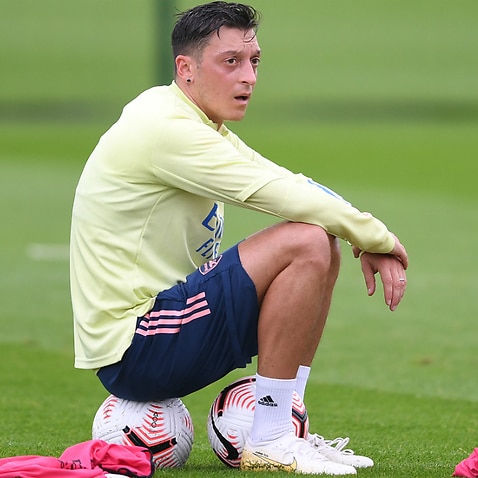 Ozil's influence has waned since providing 19 assists and creating 28 big chances in 35 Premier League outings during the 2015-16 season, setting up nine, eight, two and two goals in the following four campaigns respectively.

Last season, however, he created 2.36 chances for every 90 minutes he was on the pitch in the top flight, comfortably more than the second-placed player on the list, Nicolas Pepe (1.79).

Speaking to ESPN, Ozil's agent, Dr Erkut Sogut, said: "Arsenal fans deserve an honest explanation, not [Arteta] saying, 'I failed Ozil.' You didn't fail Ozil. You failed to be fair, honest and transparent and treat someone with respect who has a contract and was loyal all the time.

"Every single person outside knows he hasn't treated him fairly. He didn't give him a chance to show himself this season. If he is still under contract, the player should have the option to stay and fight for his place. Mesut hasn't been given that. Why would you put a player on the bench twice for 90 minutes [against Brighton and Hove Albion and Southampton in June] if he wasn't fit or committed?

"Everyone says he's training well. Per Mertesacker [Arsenal's academy coach] said this publicly. I spoke with at least five team-mates who say he is training great. They say Mesut is one of their best players, and they cannot understand why he is left out. So, it can't be the training. If it is not the pitch, what are the footballing reasons? If you talk, you should tell the truth that the Arsenal fans deserve, otherwise don't talk at all."

Sogut also pointed to Arteta's final season as a player for Arsenal, in which the former club captain – signed from Everton in 2011 – failed to start any Premier League matches but was given a brief substitute appearance on the last day of 2015-16 against Aston Villa.

"He started zero games in the Premier League in his last season," Sogut said. "He wasn't there in the last six months at all, busy doing his coaching badges and meeting coaches for his future. Mesut plays for one English team and that's it because he feels he can only play for that team. He is a Gunner in the end.

"Mesut is not a player who is yesterday a Toffee and today a Gunner. Arteta didn't play at all in the final two years, but they still registered him because he was given a contract. [Then-manager] Arsene Wenger put him on the field for the final two minutes of his last game just to give him a nice moment, even though he wasn't fit for months. Look at how [Arteta] was treated in his final two years, and how Mesut is getting treated in his final year."

Sogut also suggested Ozil would continue to fight his way back into the Arsenal reckoning, adding: "Maybe [Arsenal's] goal was to wait until the end and Mesut would say, 'I want to leave.'

"If Mesut would have done that, the club can say he wants to go, and if they can't find him a club, they have an excuse and can say, 'We can't register you because you wanted to leave.' 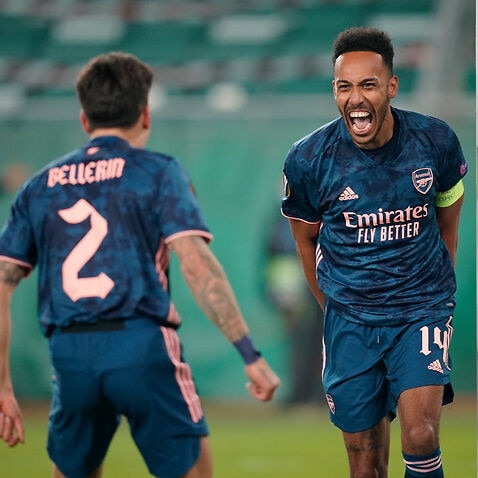 "But they knew for a long time that Mesut wanted to stay. He made it very clear. Maybe they wanted him to feel unwanted and unwelcome, but he wants to play for the badge.

"Mesut is 32 years old. He has a few more years in his career, but it is more about the way of treatment. Mesut is someone who fights for his rights. The contract was a big commitment for him. He could have left for another club like Alexis Sanchez did. He could have left and got a £30million signing-on fee as a free agent at the peak of his career. But he stayed loyal.

"Maybe the club will change their position in January and register him. You never know what will happen."