A player is among three people to test positive for coronavirus at Premier League club Watford.

The Hornets confirmed on Wednesday (AEST) that all three will now self-isolate for seven days, in line with competition protocols, before being tested again.

"Watford Football Club confirms that three people have tested positive for the COVID-19 virus following testing at the training ground over the past 48 hours," the club said.

"Of those three positive tests, one is a player and two are members of staff. All three have asked that medical confidentiality be respected and, therefore, the club will not be naming those involved.

"All three will now self-isolate for seven days – in line with the protocols set out in Premier League guidelines – before being tested again at a later date.

"Strict adherence to the Premier League guidelines has ensured the training ground remains virus-free and a safe environment for the players to continue to work." 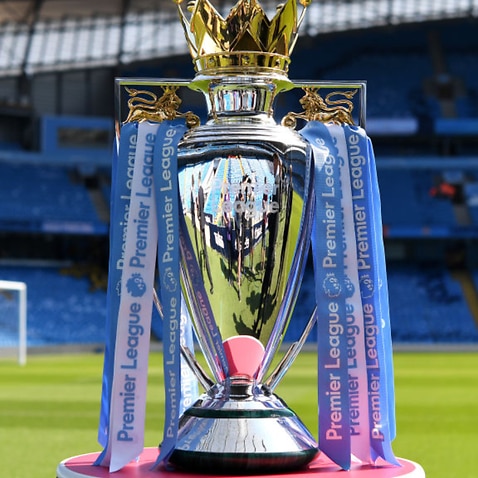 There were six positive results for COVID-19 from among 748 tests carried out on Premier League players and staff throughout Sunday and Monday.

Ian Woan, the Burnley assistant manager, has been named as one of the positives. The Clarets said he was asymptomatic and self-isolating as per regulations.

Watford captain Troy Deeney has previously spoken out in opposition to plans to get the 2019-20 campaign back underway, with the Premier League having been suspended since March.

Teams have been allowed to resume non-contact training this week with a view to a return to matches next month as part of 'Project Restart'.

However, Deeney insisted he was not prepared to risk becoming infected at training and then spread it to his family, particularly amid concerns that black, Asian and minority ethnic people are more susceptible to the virus.

He told Eddie Hearn and Tony Bellew on Talk the Talk YouTube show: "It only takes one person to get infected within the group and I don't want to be bringing that home.

"My son is only five months old, he had breathing difficulties, so I don't want to come home to put him in more danger."