The Olyroos are unconcerned by their nightmarish draw for the Tokyo Olympics, declaring they remain excited and confident despite the quality of opposition they will face in July.

Australia’s Under-23s have been drawn against footballing heavyweights Argentina, Spain and Egypt in Group C. Argentina’s men’s team have won two gold medals in football at the Olympics, along with two silver medals, while Spain has claimed one gold and two silver.

It has been reported that Egypt may field Liverpool striker Mohamed Salah as one of their overage players in Japan, while the likes of Barcelona icon Lionel Messi and Real Madrid defender Sergio Ramos could conceivably turn out for the South Americans and Europeans respectively. 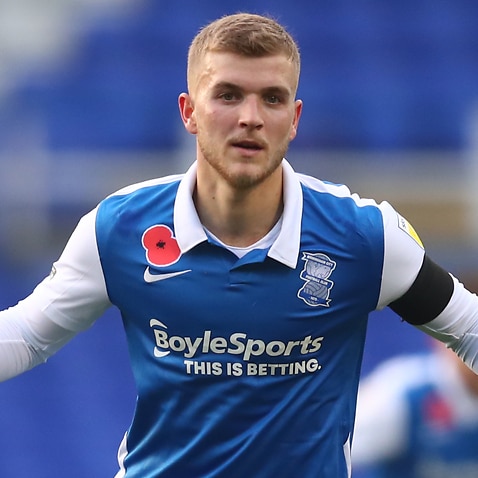 ‘I knew my time was going to come’ - McGree on Olyroos, Socceroos glory trail

Some have dubbed the Olyroos’ pool as ‘the group of death’, but the players themselves say they will relish the challenge and believe they can still get out of the group and into the knockout stages.

“It’s an amazing draw to be up against such top opposition and a great challenge for all the lads,” Olyroo goalkeeper Jordan Holmes told The World Game.

“Of course it will be difficult but football is a funny game and when you get to this level any team on their day can win, so yeah we will go into this with massive confidence.

“It would be unbelievable if Salah were to play, especially for all the lads in the team that are Liverpool fans.”

Striker John Iredale says the players knew whoever Australia was drawn against in Tokyo would be tough.

“Playing against countries like this, you expect everyone to really lift their game to make our country proud,” the forward said.

“We aren’t going to Japan to make up numbers. ‘Arnie’ has always said we are going there to win a medal and I believe whoever is selected in the final squad will not go down without a fight.

“If it’s true and Salah does play in the Olympics, then it only adds another layer of motivation for us to prove to the world how much spirit and determination Australians have.

“I think we can for sure [get out of the group]. In a tournament like this, it can very much come down to who wants it more in each game.”

Olyroos midfielder Daniel Bouman described the draw as “very exciting times for everyone that is involved”. “It’s definitely a tough draw, no denying that, but still a very exciting one,” the Mariners attacker said.

“It’s a great opportunity for us young Australian players to potentially play against some of the best players in the world.

“We’ll really be able to test ourselves, it’s a great opportunity for everyone involved- players and staff- and I have no doubt that, whoever gets to represent our country, will give their absolute all and do Australia proud.

“It's football, which means anything can happen. Anyone can beat anyone. We'll be going into the tournament positive and excited at what is ahead."