The Olyroos will play friendly matches against A-League clubs Sydney FC and Macarthur FC this month to kickstart their preparation for next year's Olympic Games.

Due to the coronavirus, Graham Arnold's under-23s side haven't kicked a ball in anger since qualifying for Tokyo via January's AFC U-23 Championship.

An Olyroos squad comprised of Australian-based players will play A-League champions Sydney at Netstrata Jubilee Stadium in Kogarah on Thursday, November 12, then competition newcomers Macarthur at the same venue on Tuesday, November 17.

"The players and staff are itching to return to the national team set-up and this camp, as well as the games against Sydney FC and Macarthur FC, will provide everyone involved with the opportunity to put their best foot forward as we resume our preparations for Tokyo," Arnold said. 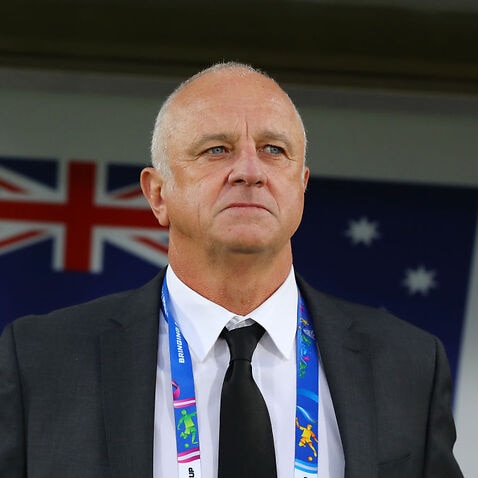 "We are working to finalise the squad for the window and continue to liaise with authorities to seek exemptions for affected players to travel from states with border restrictions to ensure that we can assemble a squad from all over the country.

"While this squad will be an entirely domestic-based selection, we are closely monitoring our players abroad and hope to be able to provide those players with an opportunity to gather in the first few months of 2021."

A limited number of fans can attend the Sydney FC match while Macarthur's game will be behind closed doors, but both games will be live streamed.