Oldham Athletic’s Moroccan owner Abdallah Lemsagam has revealed how a long-standing connection with Harry Kewell convinced him he was the right fit for the League Two club.

The pair first crossed paths back in 2012 when Lemsagam brokered the deal which took the winger from Melbourne Victory to Qatar-based Al-Gharafa during the twilight of his playing career.

Kewell, who has signed a one-year contract, becomes the eighth coach at Boundary Park - the sixth on a permanent deal - of Lemsagam’s reign.

“We’ve known each other a long time and I’m hoping Harry can do a good job for us,” Lemsagam told The World Game.

“We’ve stayed in contact over time and this is a chance at Oldham for Harry to accomplish something again (after his previous spells in charge of Crawley Town and Notts County).

“I know where I want to go with this club. I have a vision and we’ll take it step by step.

“I also know Harrys mentality and his character and I know how hungry he is to succeed.” 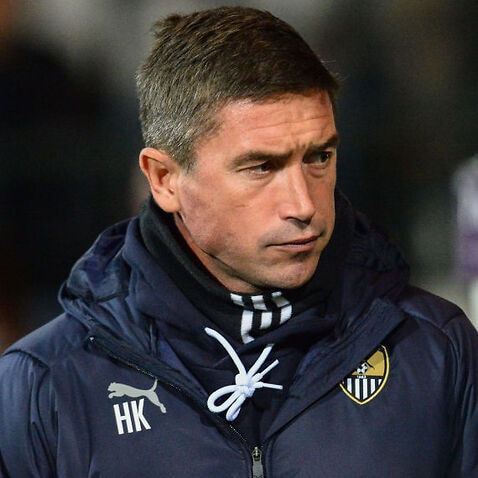 Kewell to be new Oldham manager according to reports

Lemsagam took over the Latics in January 2018 at a time of financial turmoil and though he has ploughed in over $10 million he has yet to see much return on his investment.

The club were relegated from League One in his first season and finished 19th on the League Two ladder as this season was curtailed early as a consequence of the coronavirus.

But with an agreement in place to purchase Boundary Park from the former owners thought to be in place, Lemsagam is looking forward to brighter times both on and off the field.

“It’s hard when you come into a club - you need solid foundations first and you build from there,” he added.

“When it comes to the coaching side, Harry has great ambition and of course he wants to prove himself.”

He was also the man who took former Socceroos Mark Bresciano and Lucas Neill to the Gulf at the tail-end of their careers, with Bresciano joining UAE outfit Al Nasr from Lazio before moving to Al Gharafa.

He moved Neill from Galatasaray to UAE too - the first stop was Al Jazira in 2011 and then Al Wasl.

“I like the Australian mentality - they work so hard and are driven,” he added. “They get to where they want to get because of that.”

Reflecting on his mission with the Latics - one of the Premier League’s foundation clubs before their drop down the divisions - Lemsagam said: “Football is a tough industry - I was an agent for 15 years and owning a club is very different.

“What we’ve done the last couple of years has been trying to clear debts and it’s not been easy.

“You have to work hard and I think we’re going in the right direction.”