Laura Brock, née Alleway, was in high spirits at Matildas camp after a nearly two year absence due to injury.

The camp is the first Matildas squad gathering in an unusually long time thanks to COVID-19 interruptions, and is Gustavsson's first since being appointed head coach late last year.

Brock gave her thoughts on the Swede's early approach on Tuesday.

"The first session is always a bit of a mish-mash," the 31-year-old said.

"It was really fun and good to see the way [Gustavsson] he sees the game ... A little insight into what we can expect from him further down the track." 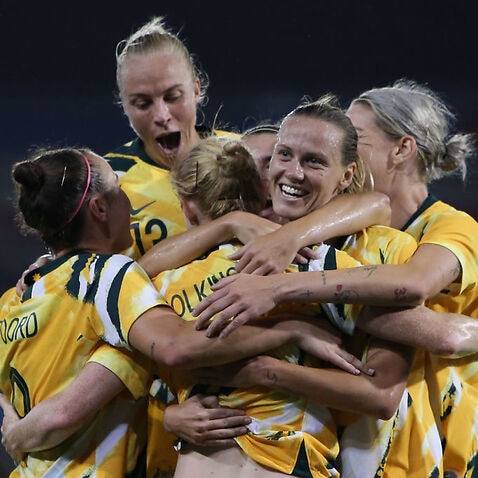 "He's very positive, ball-oriented, and big on our off-the-ball movement."

"It will be cool to see how that evolves into our games and how we can transition from the training pitch into game time."

Brock also expressed her delight at returning and reacquainting herself with teammates and the Matildas setup.

"Oh my gosh, unbelievable [to be back]," the centre-back said.

"It's been a solid two years, really, since I've pulled on this jersey so I'm very, very excited to be here."

"It's really hard to not just embrace each other (due to COVID-19 safety), we haven't seen each other for over a year - but it's exciting to be back."

Brock's goals for this camp are to regain her confidence at international level and mentor the younger players, even if that means "passing on the baton".

"[I'm looking to get] a little bit of my confidence back," she explained.

"Not being around the girls as much, you sort of doubt yourself being away from it.

"And I know it was an injury that kept me away but you're not sure where you're at, how you gauge yourself in trainings."

"Obviously I can keep up in France (Brock plays for French club Guingamp) but can I keep up in the national team? We don't know yet.

"So just getting my confidence back and enjoying every minute I have here and trying to be positive with the new girls - and if that's passing on the baton then that's OK as well, but just enjoying my time."