In a parallel universe, Graham Arnold is currently gearing himself up for a stressful weekend.

With Europe and Asia all going through busy domestic programs, there would be plenty of demands on his Socceroos.

With the third and final round of qualification for the 2022 FIFA World Cup getting into gear, and the inevitable game against Japan and other strong Asian opponents in the coming days, there is a lot to think about and he does not want any injuries.

That is obviously not happening.

There has been nothing since and it is still not clear when the next qualifier will actually take place. Some Asian national teams are, however, in action next week.

Japan take on Cameroon and Ivory Coast in the Netherlands, Iran meet Uzbekistan and Mali while South Korea’s senior sides cross swords with the Olympic team.

There will be no Son Heung-min in that meeting however. The in-form forward had not been selected to make the long trip home in the middle of a global pandemic.

Even if he had been chosen by coach Paulo Bento, the hamstring injury he sustained against Newcastle United last Sunday would have ruled him out.

When quizzed on when the Korean will return, Spurs boss Jose Mourinho took the chance to warn international coaches about adding to the strains on these already-tired Tottenham players.

"I expect to have [Son] back after the international period," Mourinho said.

"And this gives me the opportunity to speak about it [the international break].

"I hope the national team coaches have their data and they realise how many minutes Tottenham players have played this week.

"I hope they care about the players and they protect them because Tottenham players this week, they have an incredible amount of minutes and work and it's very, very dangerous." 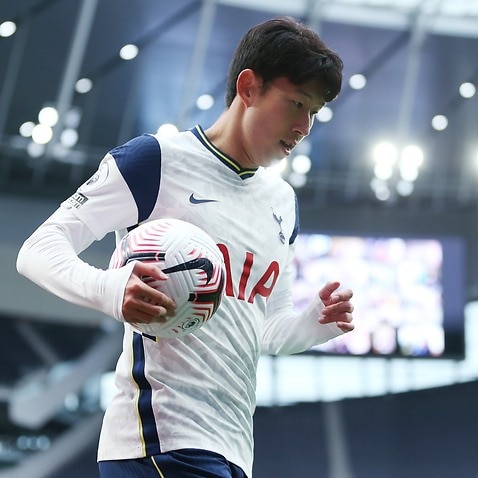 It is expected for Mourinho to care about his players. Spurs have been dealing with qualification for the Europa League, as well as League Cup games and the start of the Premier League season.

The coronavirus outbreak has shortened the duration of the campaign by a month. There is little time for rest.

Yet club coaches should understand the situation that the likes of Graham Arnold find themselves in.

At some point next year, we hope, qualification for the biggest sporting competition on the planet will resume.

It is vital for Australian football that the Socceroos make it to Qatar. Arnold’s job depends on it.

Arnold has had no time with his team this year. It is possible that he will first meet his players just days ahead of the next qualifier against Kuwait, followed by a trip to Nepal.

That is no time to be experimenting. It is a time to be selecting your strongest squad and trying to get them on the pitch in some semblance of order in the hope of getting the necessary results.

South Korea will do the same. Son is the best player in Asia and an integral part of the Taeguk Warriors.

If he plays, the team has a better chance of qualifying for the World Cup. Missing out for the first time since 1982 is unthinkable in Seoul.

Coach Bento (a compatriot of Mourinho’s) may rest Son when possible - as in this international break - but it is just unlikely to be possible very often.

Club coaches could do more. Questions could be asked whether Son, who started Premier League games on consecutive Sundays, needed to play a full 90 minutes against Shkendija in North Macedonia on Friday.

Three days later, the explosive attacker damaged his hamstring. If he had been rested in midweek, then perhaps the situation would be different.

These are unique times. The top teams have lots of games and the best players from around the world.

Those countries need them too and if these stars are not to burn out, then both club and international coaches need to work together as much as possible.

It is not just on national team coaches to do so.